Jyotiraditya Scindia said he didn't assign any importance to statements made against him in the wake of him quitting the Congress. 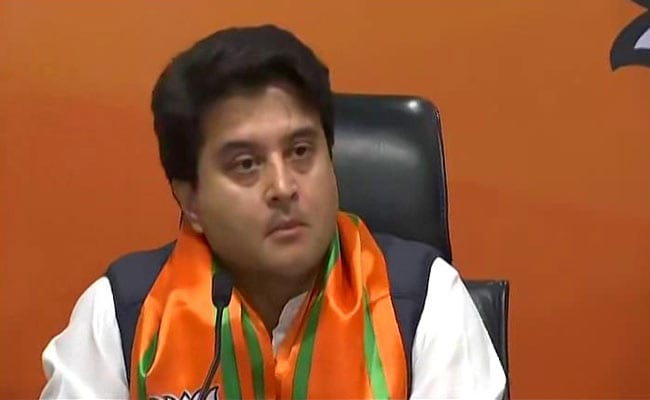 In a stinging attack on former Madhya Pradesh chief minister Kamal Nath, BJP leader Jyotiraditya Scindia on Monday said leaders of the Congress are only interested in reclaiming power and have nothing to do with public service.

Mr Scindia, whose rebellion led to the collapse of Nath-led Congress government in March this year, said the BJP would win upcoming bypolls for Assembly seats.

He was responding to a query on Mr Nath's statement that the Congress would bounce back to power after byelections.

"I am confident that people are with the BJP and in the coming by-elections, these people (Congress leaders) will get a strong reply in the court of the common people," the BJP MP said.

He also termed the previous government as "totally corrupt, torturous and bogus".

"I am proud of taking my family traditions forward like my grandmother (Vijayaraje Scindia) and father (Madhavrao Scindia) by holding the flag of the truth," he said.

Mr Scindia said he didn't assign any importance to statements made against him in the wake of him quitting the Congress.

"It is more important for me to reply to questions of people and to my inner voice than answering questions of Nath and other Congress leaders," Mr Scindia said.

"During the erstwhile rule of the Congress, new records of corruption and not fulfilling promises of people were created in only 15 months, which I had never seen even in my 20 years of public life," he said.