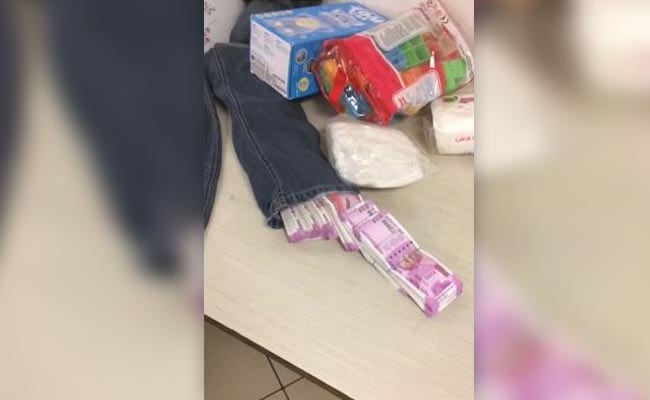 Rs 28 lakh in new notes seized at Mumbai airport from a passenger travelling to Dubai.