Despite being the global hub of vaccine manufacturing, India has been able to fully vaccinate less than 3 per cent of its population so far. 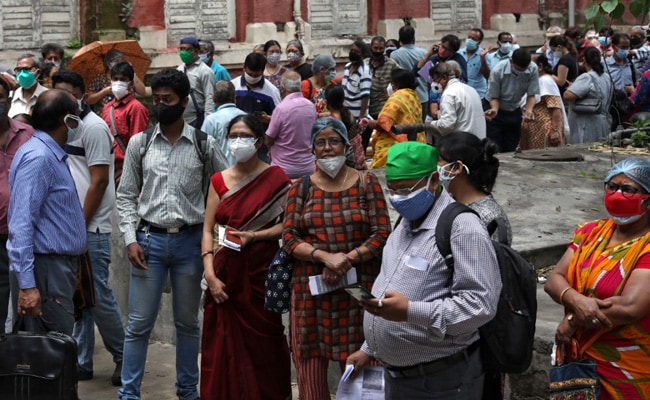 More than 200 crore doses of coronavirus vaccines will likely be available in India between August to December this year, a top government advisor said on Thursday, raising hopes that the country may be able to overcome setbacks from its inoculation strategy.

Those doses would include 75 crore of AstraZeneca's, vaccine, produced in India by the Serum Institute of India, as well as 55 crore doses of Covaxin, made by Bharat Biotech, government advisor VK Paul told reporters at a news conference on Thursday.

"Two billion doses (216 crore) will be made in the country in five months for India and for people of India. The vaccine will be available for all as we move forward," the NITI Aayog member said, adding by the first quarter of the next year, the number is likely to be 300 crore.

Despite being the global hub of vaccine manufacturing, India has been able to fully vaccinate less than 3 per cent of its population so far as Prime Minister Narendra Modi's government has faced accusations of dropping the ball on acquiring enough vaccines on time.

Now, with the central government dumping much of the vaccination burden on states, several of them have reported an acute shortage of stocks and have been compelled to invite international bids to vaccinate their residents.

Under searing criticism for its missteps, PM Modi's government has announced a host of measures in recent days including plans to boost oxygen supply as well as efforts to address the bad publicity with a drive to push "positive" narratives that the opposition has labelled propaganda.

Dr VK Paul also told reporters that a consignment of Russia's Sputnik vaccine has arrived in India, and "hopefully" it will be available in the market from next week.

"There should be no doubt that vaccine will be available for all as we move forward... Any vaccine that is approved by FDA (US Food and Drug Administration), WHO can come to India. Import license will be granted within 1-2 days. No import license is pending," he added.

The announcement came as India recorded more than 4,000 COVID-19 deaths for a second straight day on Thursday while infections stayed below 4 lakh and the government suggested extending the interval between doses of the AstraZeneca vaccine to up to 16 weeks.

Amid a dire shortage of shots in the country, experts remain unsure when numbers will peak and concern is growing about the transmissibility of the variant that is driving infections in India and spreading worldwide.