Over 15,000 Birds Culled After Bird Flu Outbreak In Chhattisgarh

15,426 chickens and quails, so far, have been culled and 30,000 eggs destroyed after the highly contagious H5N1 virus was detected among birds at the farm 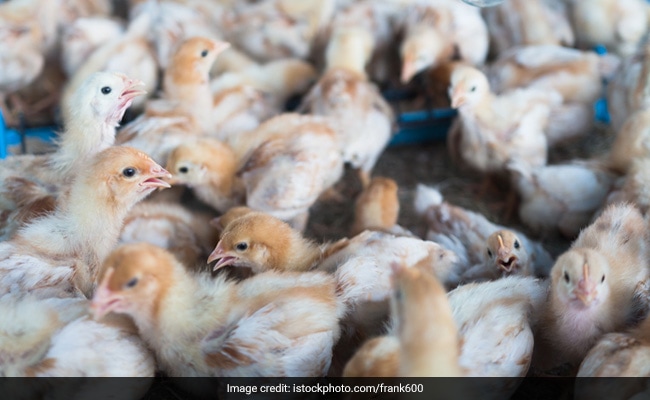 There has been no case of infection in humans so far due to the outbreak: Officials (File)

An outbreak of bird flu has been reported from a state-run poultry farm in Chhattigsarh's Korea district, prompting the authorities to cull over 15,000 birds and step up vigil on poultry birds within 10 km radius of the affected area, the officials said on Thursday.

So far, 15,426 chickens and quails have been culled and 30,000 eggs destroyed after the highly contagious H5N1 virus was detected among birds at the poultry farm and hatchery in Baikunthpur town, located around 300 km from here, they said.

There has been no case of infection in humans so far due to the outbreak of the avian influenza, they said.

When the disease was not properly detected, samples were further sent to Jabalpur in Madhya Pradesh where veterinarians suggested symptoms of chronic respiratory disease, following which their line of treatment was followed.

"Despite the treatment, the abnormal deaths of birds continued," Dr Baghel said.

Later, the samples were sent to Bhopal-based National Institute of High Security Animal Diseases where tests were found positive for the H5N1 virus on December 23, he said.

"Immediately after getting reports of bird flu, we took permission from the Korea district administration, as per the standard procedure, and culled all 15,426 birds (chickens and quails) and destroyed 30,000 eggs in the farm and its adjoining areas," the official said.

Of the total culled birds, nearly 641 chickens were being reared by locals within one km radius of the farm. The locals were given compensation for the culling of their birds, he said.

"We have completed the culling process and sealed the farm. After sanitising the area in 10 km of its radius, we submitted a report to the state's directorate of veterinary services on Wednesday," Mr Baghel said.

"No human has been affected due to the outbreak and the situation is under control. We are waiting for further directives from the higher authorities," he said.

The official said for the next three months, they will be conducting surveillance in 10 km radius of the affected area during which blood samples of birds will be regularly sent to Bhopal for testing.

"We will continue our observation for next three months," he added.

Meanwhile, state veterinary services director CR Prasanna said, "No human has so far been affected due to the avian influenza and workers at the poultry farm at Baikunthpur have been given medicines as a precautionary measure."

Nearly 40 villages fall within the purview of 10 km radius of the affected area from where random sampling of poultry birds will be done for next three months to check whether they are infected with the avian influenza, he said.

"Necessary steps are being taken to prevent bird flu from spreading to other areas," he added.