"Excavation of the open well in fort at Nagara led to unearthing of over 1,000 corroded rockets stored during Tipu's time for use in wars", says State Archaeology Department 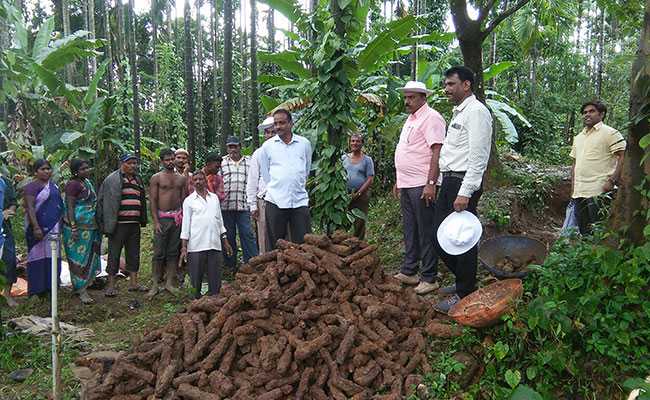 Tipu Sultan was considered a pioneer in rocket technology.

Over 1,000 "war rockets" of the 18th century ruler of the erstwhile Mysore state, Tipu Sultan, were found in an abandoned open well at Bidanooru Fort in Karnataka's Shivamogga district, said an official on Saturday.

"Excavation of the open well in the fort at Nagara near Shivamogga led to unearthing of over 1,000 corroded rockets that were stored during Tipu's time for use in wars," state Archaeology Department Assistant Director R. Shejeshwara Nayaka told IANS from the site, 385km northwest of Bengaluru.

A chance discovery of 160 unused rusted rockets in the vicinity in 2002 and their identification after five year's of research in 2007 into the Tipu era made the department explore if more such ammunition was lying buried in the fort.

"Digging of the dry well where its mud was smelling like gun powder led to the discovery of the rockets and shells in a pile, each filled with potassium nitrate, charcoal, and magnesium powder used to fire or lob them using an artillery," Mr Nayaka noted.

A 15-member team of archaeologists, excavators and labourers took three days from Wednesday to unearth the rockets along with gun powder and cast in rustic iron.

"The war rockets are in different sizes, measuring 23-26 cm or 12-14 inches. They were found buried in a secure place in the well-shaped place beneath the surface," Mr Nayaka pointed out.

The rockets will be kept for public display at the department's museum in Shivamogga city in the Malnad region.
"The iron-cased rockets clearly show Tipu's technology was used in making them. Some of them could even belong to Keladi Dynasty and the Wodeyar rulers of the Mysore kingdom after Tipu's reign," added Mr Nayaka.

According to historical records with the department, the Malnad region, including the fort area in Shivamogga was part of Tipu's Mysore kingdom from 1750-99 and the rockets were used in the wars Tipu fought against the East India Company of the British empire.

Tipu was killed in the fourth Anglo-Mysore war in 1799 at Srirangapatna near Mysore after successive victories in battles against the British rulers.

A pioneer in using rocket artillery, Tipu used to deploy the rockets to deter the advancing British forces from advancing into his territory.

For developing the rockets, Tipu took the help of the French army, which used the British Congreve rockets in the wars its commander-in-chief Napoleon Bonaparte fought in Europe.