The child's body was found close to her home on the outskirts of Aligarh. The two men arrested for the murder lived just half a kilometre away 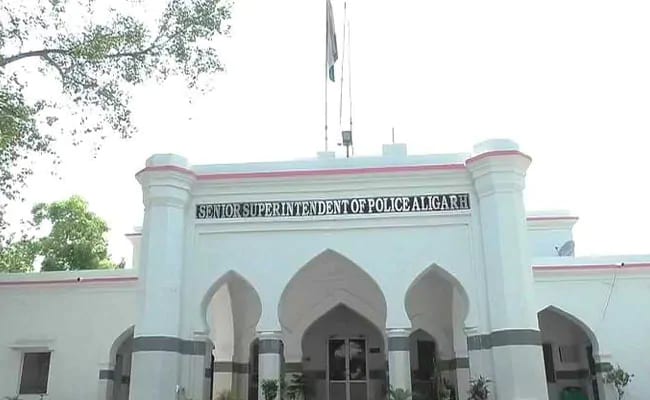 On Sunday, stray dogs pulling at what appeared to be human body parts from a garbage dump alerted residents of a town near Uttar Pradesh's Aligarh to a horrific crime. The mutilated body of a two-year-old girl, missing since May 30, had been found.

The child was killed by neighbours who had a loan dispute with her grandfather, the police say.

A hashtag using her name, trending on social media, has brought the case to national attention with celebrities, politicians and others tweeting about it. Nearly 50,000 tweets expressing horror and outrage have been posted in the last 24 hours and the deluge hasn't stopped. Most have called for the harshest possible punishment for the killers. "Barbaric and evil," many have tweeted.

The Aligarh police say the child was strangled. The post-mortem has not confirmed rape but the police say stringent charges under the Protection of Children from Sexual Offences (POCSO) Act have been added against two accused, Zahid and another man.

The police said the child's eyes were not gouged out, as her family alleges, but appeared so because the body was heavily decomposed. An arm and a leg were also broken.

The child's body was found close to her home on the outskirts of Aligarh. The two accused lived less than half a km away and knew the family well. So brazen was their act of "revenge", say the police, that they left the body at the garbage dump near their house.

The police say Zahid had taken a loan of Rs 50,000 from the girl's grandfather and still owed him Rs 10,000, over which the two had a fight two days before the child was kidnapped. Zahid, the girl's family alleges, had threatened revenge for his "humiliation". He allegedly got the other accused to help him hide the body.

On May 30, the child vanished from right outside her home. Her parents, neighbours and relatives searched for her through the night before reporting her missing the next morning. Three days later, a woman who picks up trash screamed when she saw dogs nibbling at what looked like a little body wrapped in a cloth. It gave off a foul odour and was full of maggots, neighbours say.

It apparently took a whole day and protests by the family for the police to arrest Zahid. Five policemen had been suspended for not showing urgency in tracking down the child.

Given the gravity of the case, it will also be investigated under the National Security Act (NSA), an anti-terror law that enables detention of suspects who pose a threat to national security for a year, say the police. Five policemen have been suspended for negligence.

A Special Investigation Team (SIT) has been formed to probe the case, a senior police officer said.

"We questioned Zahid and it was revealed that the body was hidden at the home of the other accused . The body was later found at the garbage dump," Mr Kulhary was quoted as telling news agency ANI.

The family and relatives of the child blocked roads in protest on Thursday and had to be pacified by senior police officials. The protesters reportedly want the other family members of the arrested men also be arrested for the murder.

The sheer brutality of the crime has left many shaken.

Congress chief Rahul Gandhi tweeted: "The horrific murder of a little girl in Aligarh, UP has shocked and disturbed me. How can any human being treat a child with such brutality? This terrible crime must not go unpunished. The UP police must act swiftly to bring the killers to justice."

"The brutal murder in Aligarh is yet another inhuman, unspeakable crime against an innocent child. I cannot even begin to imagine the pain her parents must feel. What has become of us," tweeted Congress leader Priyanka Gandhi.

Shiv Sena leader Priyanka Chaturvedi tweeted: "Just can't get over the 3 year old's murder in Aligarh. How despicable a human the accused must be to have done something as heinous to her. As a society we continue to fail our children-their safety should be our priority, change of mindset towards our girls a necessity.

Actor Abhishek Bachchan said he was "disgusted and angered". "How can somebody even think of doing such a thing? Speechless..." he tweeted.

India Offers US Dairy, Chicken Access In Bid For Deal With Trump: Report