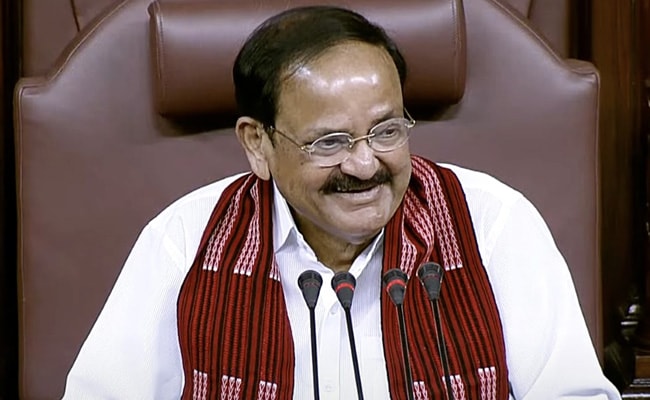 "A person remembers his first experience. The first day of school, first school principal, first teacher. First love. I will always remember you as my first Chairman," said AAP's Raghav Chadha during his farewell speech for the Vice President.

"Raghav, I believe you love only once...First time, second time, does it happen like that? No, right. You love only once, right," Mr Naidu replied in Hindi, eliciting laughter from the House.

To this, the smiling AAP leader said, "I don't have that experience, sir. But it is good."

Earlier today, Prime Minister Narendra Modi praised the outgoing chairman for encouraging members to speak in their mother tongue and also MPs from the non-Hindi belt to speak in Hindi. He also praised Mr Naidu for his repartee.

"Your one-liners are wit-liners and win-liners as well... There is nothing left to be said after that. Your each word is heard, preferred, revered and never countered," PM Modi said.

Mr Naidu completes his five-year term on August 10. Jagdeep Dhankhar will succeed him.