Our Voters On Holiday, Says BJP On Poor Show In Haryana Civic Elections 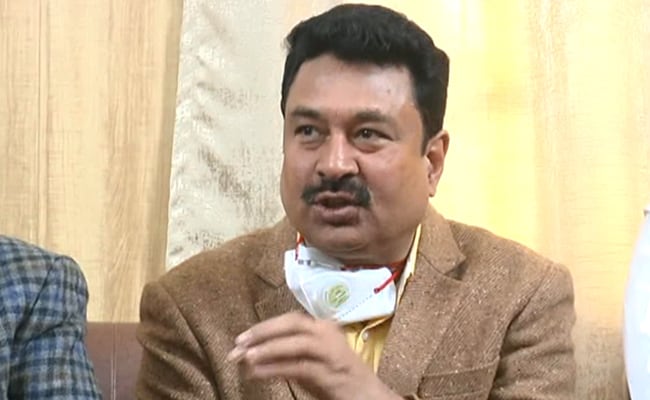 The BJP has explained why it lost the elections to three out of five municipal corporations in Haryana amid the protest by farmers against farm laws. The BJP and its ally Janta Jannayak Party (JJP) also lost mayoral races in Sonipat and Ambala on Wednesday.

Two of those three defeats were in Hisar's Ukalana and Rewari's Dharuhera - both of which are seen as strongholds of Deputy Chief Minister Dushyant Chautala's JJP.

"December 25, 26, 27 were holidays. And you know in December when the year is ending and when there's a bunch of holidays, people tend to go out on long trips. Unfortunately, most of those who went on holiday were people who make the BJP's vote bank," Haryana BJP spokesperson Sanjay Sharma told reporters today.

The defeats come a year after the BJP-JJP came to power and amid protests over three agriculture laws passed by the BJP at the centre in September - protests fuelled, in part, by farmers from the state.

Farmers in Ambala, from which district Home Minister Anil Vij is an MLA and a BJP leader is the MP, celebrated the ruling party's defeat with gusto, sharing sweets, and breaking into song and dance. The voting percentage in the Ambala City Municipal Corporation election this year was 56.3 per cent, compared to 67 per cent in 2013.

BJP MLA from Ambala Aseem Goel said the civic elections were "BJP against everyone else". "When the government does good work, everyone joins hands to stop the government from accomplishing goals. This is what's happening in Haryana. Their agenda is meaningless, they have no real goals. All they want is to stop the BJP. They will work out their differences later, but first let's tackle the BJP, this is what they think," Mr Goel said. However, the MLA said the protests against the farm laws appear to have hurt the party in the civic elections.

The Haryana Janachetana Party's Shakti Rani Sharma is set to be the mayor in Ambala, after winning by more than 800 votes. Rani Sharma is the wife of party chief Venod Sharma, an ex-Congress leader and former union minister. Their son, Manu Sharma, was convicted in the Jessica Lal murder case.

The farmers' protest had put Dushyant Chautala in a bind because farmers are his key voter base. Mr Chautala, who is the grandson of farmer leader and former Chief Minister Om Prakash Chautala, earlier said he would quit if unable to ensure minimum support price (MSP) - a key demand of protesting farmers.

Last week, he faced a boycott in his home constituency - Jind's Uchana Kalan - after villagers dug up a temporary helipad ahead of a scheduled public event.

Several other Haryana villages have called for a complete boycott of all members of the ruling coalition, amid widespread anger over the centre's contentious farm laws.