The government will not take any step that may curb media freedom, Prakash Javadekar said, adding there should be some kind of regulation on over-the-top platforms. 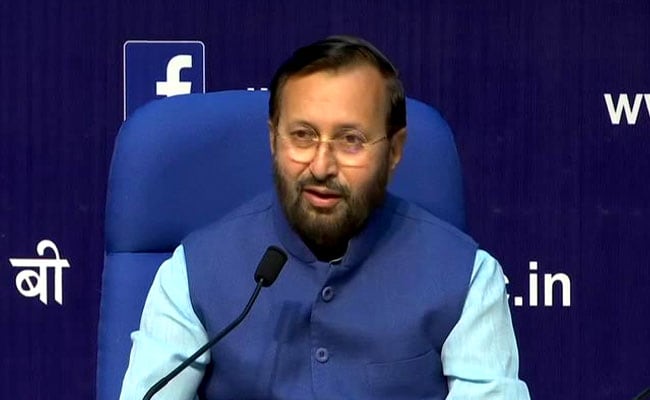 Fake news is more dangerous than paid news and there is need for the government and the media to combat it jointly, Information and Broadcasting Minister Prakash Javadekar said on Thursday.

The government will not take any step that may curb media freedom, the minister said, adding there should be some kind of regulation on over-the-top platforms (OTT), as there is for the print and electronic media as well as films.

OTT platforms include news portals and also streaming services such as Hotstar, Netflix and Amazon Prime Video, which are accessible over the internet or ride on an operator's network.

Mr Javadekar said several mainstream media outlets have conveyed to the government that that there was no level-playing field with OTT platforms being completely unregulated.

At the same time, he said the government has not taken any decision on the matter.

"However, there is nothing for the OTT platforms," he said.

There has been a spurt in news portals in India with several of them seeing a rise in the number of online subscribers.

"Fake news has to be stopped and that is our joint work. It is not just the government's job, it is everybody's job. Those who are in the business of genuine news, they all must strive hard (to combat it)," the minister said.

"We have seen in the last few months that fake news on social media and gossip, rumours on child lifting have resulted in the deaths of more than 20-30 people in mob violence," he said.