At a rally in Himachal Pradesh's Bilaspur, Prime Minister Narendra Modi the fourth instalment of One Rank One Pension will be sent soon 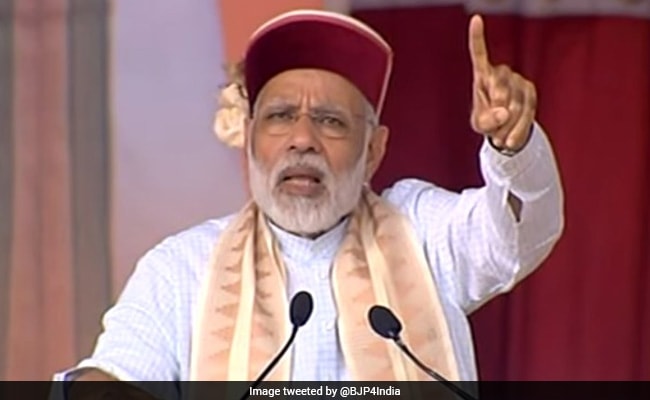 Bilaspur: Prime Minister Narendra Modi said today his government delivered on the promise made to ex-servicemen on 'One Rank One Pension' scheme and it was an indication of the centre's commitment to the Indian Army. He said Rs 8,500 crore has been distributed under the scheme, which had been stuck for some 40 years.

At rally in Himachal Pradesh's Bilaspur, PM Modi said nobody asked why the OROP scheme could not be realised for such a long period. "I had announced during the Mandi rally that we will give One Rank One Pension. Three instalments have been given till now. Close to Rs 8,500 crore has been distributed," he said, referring to his rally in 2016.

PM Modi said the fourth instalment will be sent soon. "I understand that this (amount) puts pressure on the government, but our soldiers are a priority for me," he said.

On the surgical strike that India carried out across the Line of Control with Pakistan in September last year, he said the way India celebrated and remembered the operation increases the pride of every Indian youth.

Promoted
Listen to the latest songs, only on JioSaavn.com
The "surgical strike" showed that the Indian Army was no less than any army of the world, he said, adding that this has increased the morale of soldiers. The Indian Army carried out the surgical strike on terrorist bases across the LoC as a response to an attack by Pakistan-backed terrorists on its base in Uri.

Praising the people of Himachal Pradesh, PM Modi said every village of the state sends soldiers to defend the country. "I bow before every one of you," PM Modi said.