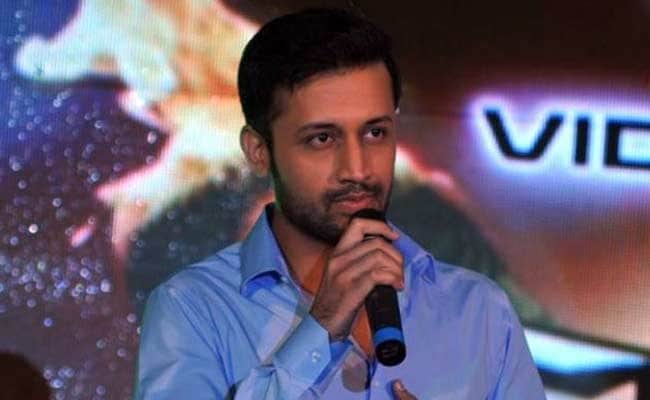 Hadapsar, Pune: After a strong opposition from the Shiv Sena, Pakistani singer Atif Aslam's concert in Hadapsar, Pune scheduled for April 25 has been cancelled.

Sanjay Sathe, the organiser of the event told NDTV, "We are from the field of arts, we wanted to do it, but then the intention behind the cancelation is totally appropriate. So we shall always remain patriotic. As Balasaheb has said 'Be patriotic and put the nation first', and thereby, at the larger level we had to cancel the show."

Shiv Sena had threatened to disrupt the event if it happened and opposed the idea of Atif Aslam's concert in the city.

"Shiv Sena has always been against Pakistan and the motive behind canceling the event is to show that Pakistan is traitor. The organizers praised our stand and with a big heart scrapped the event," said local MLA Mahadev Babar.

Promoted
Listen to the latest songs, only on JioSaavn.com
The Shiv Sena has always opposed the performance of Pakistani artists in India over its ceasefire violations along the Line of Control (LoC).

Organisers say over 1000 tickets had been sold which will be refunded.the programme has been cancelled due to heightened tensions between the two countries, keeping in mind the sentiments of people.
Comments
Atif AslamAtif Aslam show PuneAtif Aslam concertShiv SenaIndia-PakistanPune concert