Mamata Banerjee is likely to meet Prime Minister Narendra Modi in the national capital on Wednesday. 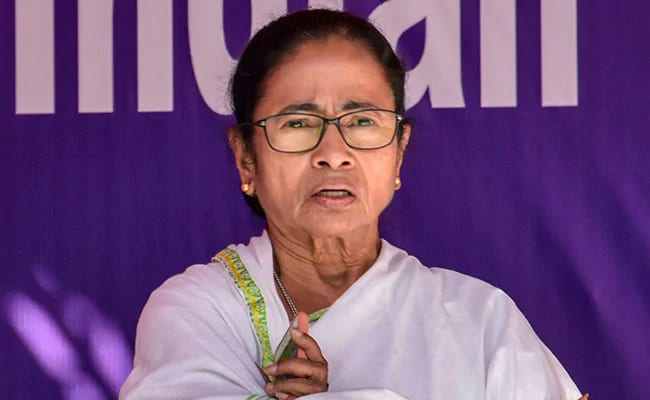 The BJP leadership on Monday mocked West Bengal Chief Minister Mamata Banerjee for seeking an appointment to meet Prime Minister Narendra Modi in Delhi calling it a "classic example of oppurtunistic politics" and "a desperate attempt to save herself from the clutches of CBI".

The appointment for the meeting was sought by the chief minister's office last week and Ms Banerjee is likely to meet Prime Minister Narendra Modi in the national capital on Wednesday, state secretariat sources said on Monday.

She will be leaving for New Delhi on Tuesday, the sources said.

BJP national secretary Rahul Sinha said, "We all know the kind of language she (Banerjee) had used against Prime Minister Narendra Modi during Lok Sabha elections and afterwards. She never had any regard for the federal structure and had even said she does not feel the need to respect Modiji as prime minister."

"Now all of a sudden why and for what she is going to Delhi is an open secret. It also brings out her nature of an oppurtunistic politician, who can go to any extent to get her purpose served and forget it once the job is done," he said.

According to a another senior BJP leader, who did not wish to be named, Ms Banerjee is going to Delhi to save herself and her party leaders from the clutches of CBI, which is investigating the multi crore chit fund scam in Bengal.

"It is quite obvious that she is going to Delhi to make an unofficial appeal to ensure that she and her TMC party leaders are not touched by CBI. But it will not work. Our party high command will never compromise on the issue of fighting corruption. All those who have looted public money, will have to go behind bars," he said.

The Trinamool Congress termed BJP'S claims as baseless and said Ms Banerjee is well within her rights to meet the prime minister to discuss developmental issues of the state.

"The Bengal BJP leaders should stop making baseless claims. In a federal structure a chief minister of a state has every right to meet the prime minister. The proposed meeting is related to developmental issues of the state," said a senior TMC leader.

The proposed meeting between PM Modi and Ms Banerjee assumes significance as it will be held at a time when several TMC leaders and former Kolkata police commissioner Rajeev Kumar are under CBI scanner in connection with the Saradha ponzi scam.

The Saradha group of companies had allegedly duped lakhs of people to the tune of Rs 2500 crore, promising higher rates of returns on their investments.

The last time the two leaders had met was at the convocation ceremony at Visva Bharati University held in Shantiniketan on May 25, 2018.

Ms Banerjee did not attend PM Modi's swearing in cermony when he took over the reigns for the second time in May this year and had also kept away from the Niti Ayog meeting in June.

The CPI(M) and the Congress leadership said the proposed meeting between Modi and Banerjee is a part of "political match fixing" that the TMC and BJP are indulging in in Bengal.

"We have been saying for a long time that TMC and BJP are playing out a fixed match in Bengal. Banerjee is going to meet the prime minister to ensure that CBI goes slow in the chit fund scam investigation," Bengal Congress president Somen Mitra said.