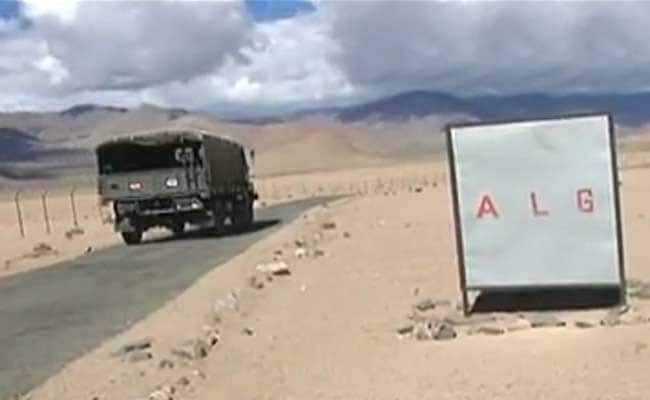 A road in the border regions of Ladakh.

Out of over 3000 kilometres of roads to be built along the India-China border to allow faster movement of troops and better connectivity, only 600 kilometres have been built till date.

Faced with an aggressive China and their vastly better border infrastructure, the Manmohan Singh-led UPA government had cleared the construction of 73 strategic roads along the India-China border in 2006-07. Over 60 of these were to be built by the Border Roads Organisation or BRO.

China, on the contrary, to keep Tibet under its control, has positioned about 300,000 People's Liberation Army or PLA troops and six Rapid Reaction Forces or RPF at Chengdu. With an extensive road network in Tibet and Yunnan - built at an approximate budget of about $325 billion - stretching right up to the border, these troops have the ability to reach the India-China border in 48 hours. In addition, China has built several airfields in Tibet; key airfields include those at Hoping, Pangta and Kong Ka.

The BRO, however, has been able to complete only 19 roads till now which amount about 625 kilometres. The crucial roads that are awaiting completion include the alternate road connecting Tawang to Assam and that connecting Daulat Beg Oldie - the Northern-most point on the India-China border over-looking the crucial Karakoram Pass in Leh.

The government today told the Parliament that it expects 16 roads to be completed by 2015 and another 13 next year. "Delay in forest and wild life clearance, delays in land acquisition, limited working session and even the 2010 flash flood in Leh and 2014 floods and 2011 Sikkim earthquakes have severely hampered road construction activity."

Promoted
Listen to the latest songs, only on JioSaavn.com
New Delhi has now asked Chief Secretaries of State Governments to constitute "Empowered Committees" to quickly resolve these issues. Also the Ministry of Environment and Forests have given general approval for diversion of forest land required to allow the BRO quickly construct the roads.

India has raised a Mountain Strike Corps - XVII Corps, with its headquarters at Panagarh and the Army specially designed to fight in the mountainous India-China border. But poor border road connectivity - preventing quick reaction deployment to counter Chinese hostility - continues to be a major concern for the Indian Army.