This comes after the Congress party workers in Lucknow on Friday sold onions at Rs 40 per kg outside the Assembly to protest the surge in prices. 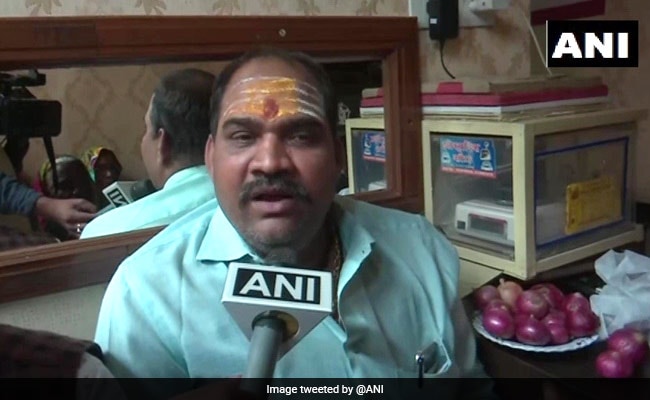 One of the shopkeepers in Varanasi who is loaning onions against Aadhaar Card, silver jewellery

In a unique protest to highlight the high price of onions, Samajwadi Party's youth wing workers are giving onions on loan while keeping Aadhaar Cards as mortgages in their shops.

"This is being done to register our protest against high price of onions. We are giving onions by keeping Aadhaar Card or silver jewellery as mortage. At some shops, onions are being kept in lockers as well," a Samajwadi Party worker said.

This comes after the Congress party workers in Lucknow on Friday sold onions at Rs 40 per kg outside the Assembly to protest against the rising prices of the essential commodity.

Speaking to ANI, Congress leader Shailendra Tiwari said: "The rising price of vegetables has badly affected the people. The government is not willing to listen to the pleas of the common man."

The Union Cabinet on November 20 approved the import of 1.2 lakh metric tonnes of onion in view of the high prices of the essential commodity in the market.