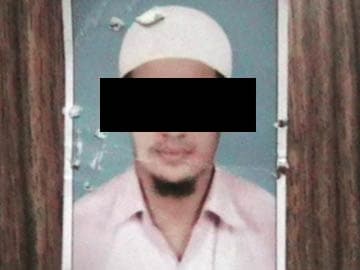 The Maharashtra men suspected to have joined ISIS in Iraq

Mumbai: A young Muslim man, one of four who left their homes in Maharashtra to fight with the Islamic State in Iraq, has reportedly been killed.

Sources in the Maharashtra Anti-Terror Squad say Arif Majeed's family received a call on Tuesday that he had died in Mosul, one of the towns worst affected by the fighting between Iraqi forces and the hardliner Sunni militants of the Islamic State. One of Arif's associates reportedly called his parents and told him he had died in an explosion.

Arif and three other engineering students left their families in Thane on the outskirts of Mumbai in May. They said they were going for a pilgrimage to the holy city of Karbala in Iraq. Six days later, they separated from their group and allegedly took a taxi to Mosul.

In a letter to his parents, Arif had reportedly said he was joining the battle to defend Islam.

Investigators have reportedly found a money trail that confirms that the young students joined the Islamic State. Intelligence officials told NDTV earlier this month that they believe the group from Thane may have been recruited over the internet.

Promoted
Listen to the latest songs, only on JioSaavn.com
Arif's father Ejaz Majeed said he called on May 26, saying he had reached Baghdad.