One Of The 2 Kasganj Violence 'Victims' Is Alive, Death Posts Fake: Cops

Kasganj Violence: Rahul Upadhyay showed up at a police station to counter reports of his death. He said he was in fact, not even present in Kasganj when communal violence broke out last week

Lucknow: A 24-year-old reporter, whose "death" in the clashes on Republic Day in Uttar Pradesh's Kasganj was widely reported on social media, emerged on Monday to declare that he is alive and well. Rahul Upadhyay showed up at a police station to counter rumours of his death.

The police believe the rumours contributed to an escalation in mob violence after which 30 people were sent to jail and 112 were arrested. Chief Minister Yogi Adityanath today said there was "no space for any lawlessness" and troublemakers would be punished.

Rahul Upadhyay said he was not even present in Kasganj when communal violence broke out on Friday, during a "Tiranga bike rally" by activists of the RSS-backed students' group ABVP and the Vishwa Hindu Parishad. He was at his village, about 10 km away from Kasganj.

A 22-year-old student, Chandan Gupta, died in the clashes that took place on a day the country was celebrating the Republic day.

The violence erupted when two groups clashed over the "Tiranga rally" and reportedly threw stones and fired shots at each other. 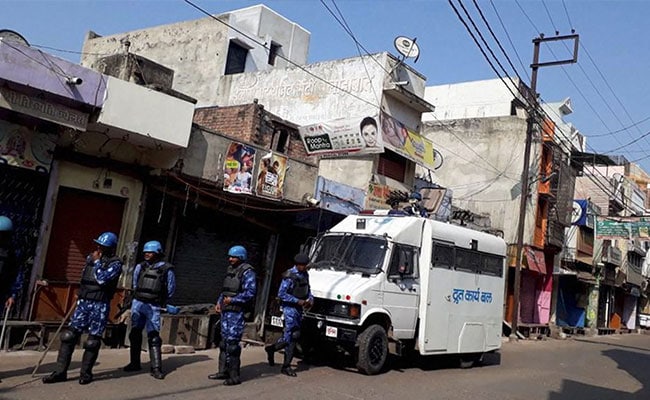 Rumours of a second death started circulating on social media on the weekend, and were soon picked up by news channels.

"One of my friends called me and said there are rumours on social media about me getting killed during the Kasganj violence. I asked him to forward me the posts and saw that it was true," Mr Upadhyay said today.

Promoted
Listen to the latest songs, only on JioSaavn.com
"But let me make it clear that I was not present in Kasganj at the time when the riots took place. I had gone to my village. I am absolutely fine."

Four people have been arrested for circulating the lie, said senior police officer Sanjeev Gupta. "As you can see, Rahul Upadhyay is healthy and fine and is standing with us," said the officer.