Vivek Oberoi denied that the film's release violates the code of conduct for the April-May national election, by glorifying PM Modi. 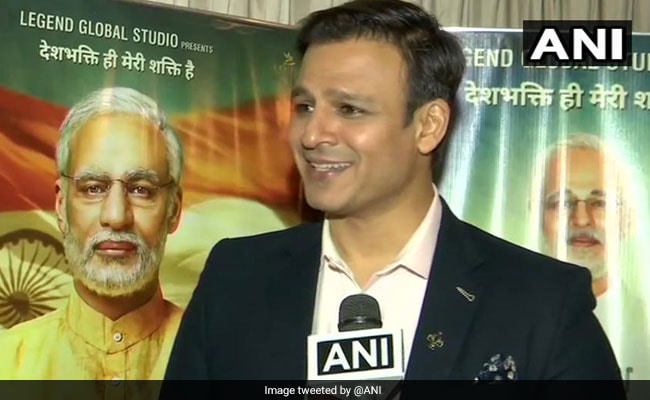 Actor Vivek Oberoi dressed as Prime Minister Narendra Modi during the shooting of the film.

Vivek Oberoi, who plays Prime Minister Narendra Modi in the eponymous biopic set to hit the screens this week, wondered today whether Congress leaders asking for a court ban on the film's release in the middle of the national election campaign are "scared of the film or of the Chowkidar's danda". PM Modi, he said, is "already a hero" for crores in India and abroad.

The 42-year-old actor strongly defends the film that marks a comeback of sorts for him after a lean patch.

"I don't understand why some people are overreacting like this. Why are such senior and famous lawyers like Abhishek Singhvi ji and Kapil Sibal ji wasting time on filing a PIL on such a modest film? Don't know if they are scared of the film or of Chowkidar's danda," Vivek Oberoi told reporters at a promotion for the film ahead of its release on Friday.

He denied that the film's release violates the code of conduct for the April-May national election, by glorifying PM Modi.

Vivek Oberoi and his lawyer appeared before the Election Commission to respond to Congress and Left allegations of violating the poll code.

The film has also been in the buzz because of Vivek Oberoi's appearance; many believe he is not entirely convincing in the title role.

This is the second such political film to be released this year. In January, "The Accidental Prime Minister" themed on former prime minister Manmohan Singh's term gathered headlines more than box office success.