Will Be Forced To Scrap Ramzan Truce If Pak Violations Continue: Minister 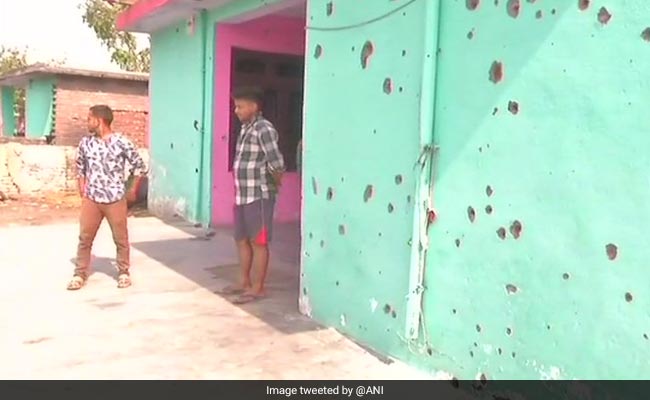 Houses on the International Border in Akhnoor hit by Pakistani firing, villagers were injured on Sunday

New Delhi: In the backdrop of rise in cross-border firing in Jammu and Kashmir and the death of two soldiers in Akhnoor sector on Sunday, Union minister Hansraj Ahir said the government would be "constrained" to revoke the Ramzan ceasefire it had announced on May 16, if Pakistan continued to push terrorists across the border.

"We had decided to suspend operations in view of Ramzan. However, there is no respite in cross-border terrorism and ceasefire violations on the part of Pakistan," Mr Ahir, told news agency PTI.

"We will be constrained to revoke the ceasefire agreement," the minister said, adding that that the provisions of the truce allow India to retaliate if Pakistan initiates unprovoked firing. India, however, continues to believe in the "no-first-strike" policy, the minister clarified.

Terming as "unfortunate" the fresh ceasefire violation along the International Border in Jammu region, Chief Minister Mehbooba Mufti yesterday said the DGMOs (Director General of Military Operations) of India and Pakistan should hold dialogue again and stop the bloodshed. Innocent villagers at the border are suffering, the Chief Minister said.

Home Minister Rajnath Singh is scheduled to visit the valley this week to review the ground situation. It would be the home minister's first visit to Jammu and Kashmir, after the centre's decision to call a ceasefire during Ramzan. Mr Singh is likely to highlight that India is willing to bring permanent peace in Jammu and Kashmir.

Promoted
Listen to the latest songs, only on JioSaavn.com
The home minister has, however, said that the centre's decision not to proactively carry out operations during Ramzan was different from a unilateral ceasefire. The minister reiterated that it had been clearly stipulated, the security forces would resume operation if any terror-related activity takes place. "We haven't tied hands of our security forces," Mr Singh had said.