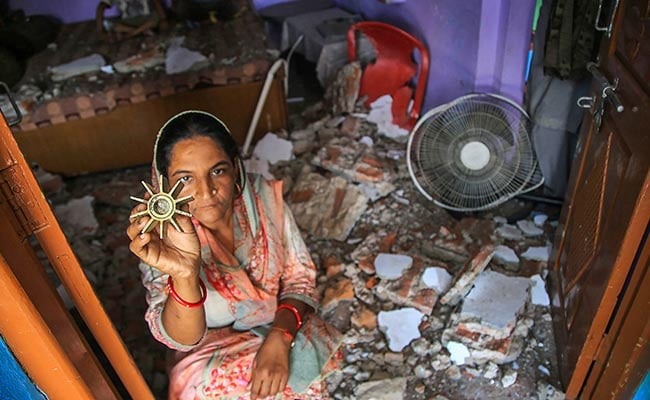 New Delhi: Amidst escalation of hostilities by Pakistan at the international border and Line of Control, the top military officers of India and Pakistan spoke to each other today after a month. The hotline was initiated by Pakistan's Director General of Military Operations (DGMO) at 6 pm.

The prevailing situation along the Line of Control and the international border in Jammu and Kashmir was reviewed, the army said in a statement.

In the last fortnight, at least 12 people have been killed in the Jammu region in Pakistani shelling and firing. That includes 10 civilians, among them an eight-month-old, and two jawans of the Border Security Force (BSF). Over 40,000 border residents have been moved to safer areas, many of them to shelter camps.

There have been 1252 ceasefire violations by Pakistan this year, said a press release issued by the government yesterday.

"Both the officers agreed to fully implement the ceasefire understanding of 2003 in letter and spirit forthwith and to ensure that henceforth the ceasefire will not be violated by both sides, the army statement said after today's telephonic talks between the top military officers.

Promoted
Listen to the latest songs, only on JioSaavn.com
It was also mutually agreed that restraint will be exercised and if there's any issue it will be resolved through existing mechanisms of hotline contacts and border flag meetings by commanders on the ground.

The home ministry has already approved over Rs 400 crore for speeding up construction of over 14,000 bunkers in five districts of Jammu and Kashmir to protect border residents from Pakistani shelling.