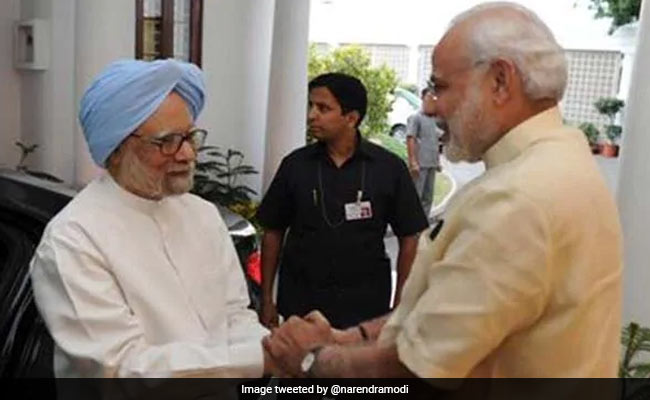 Manmohan Singh was born in September 1932, in the village Gah in the Punjab province before Partition.

Manmohan Singh, a Rajya Sabha member and one of the Congress's top leaders, turns 87 today. The renowned economist, credited with bringing in sweeping reforms in the 1990s, was Prime Minister for 10 years until the Congress was decimated by the BJP in 2014 and PM Modi took power for the first time.

Dr Singh was born on September 26, 1932, in the village Gah in the Punjab province before Partition.

Best wishes to our former Prime Minister Dr. Manmohan Singh Ji on his birthday. I pray for his long and healthy life.

He studied at the Panjab University, Cambridge and Oxford.

In 1971, Dr. Singh joined the government as Economic Advisor in the Commerce Ministry. His most memorable stint before he became prime minister in 2004 was as finance minister in the government of PV Narasimha Rao, when he carried out various structural reforms to pull the country out of an economic crisis.

In 2004, he became Prime Minister after Sonia Gandhi refused to take the top post following the Congress's election win. Towards the end of his second term, the Congress government battled allegations of corruption and an economic slowdown.

"Best wishes to Dr Manmohan Singh ji on his birthday. He played a vital role in India's recognition as an Economic Superpower and the nation will forever be indebted for same. May God bless him with health & happiness," tweeted Punjab Chief Minister Amarinder Singh, with the hashtag #HappyBirthdayDrSingh, which trended on Twitter.