'You Let This Happen': Top Court To Himachal Government On Kasauli Firing 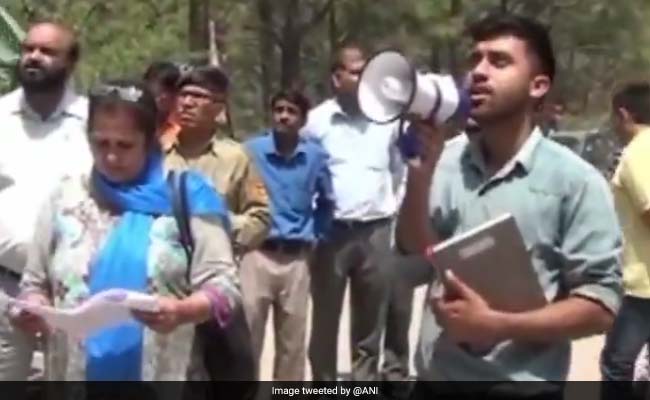 Shail Bala was supervising a demolition drive in Kasauli when she was shot dead by a hotel owner.

New Delhi: A day after reprimanding the authorities for their failure to protect a woman officer who was shot dead in Himachal Pradesh's tourist town Kasauli while leading a demolition drive, the Supreme Court has demanded a report on the incident. The government, which was held responsible for promoting illegal activities, has also been asked to apprise the court of the steps taken to check rampant illegal construction that is affecting the nature.

The officials were acting on the Supreme Court's directions when the woman officer was shot dead by Vijay Singh, owner of Narayani Guest House, which was on the demolition list. Singh was arrested in Uttar Pradesh's Mathura-Vrindavan area. A reward of Rs1 lakh has been announced for information on him.

Dubbing the incident as "extremely serious", the top court said it was quite clear that there was "absolutely no regard" for the rule of law as the public servants had gone there to do their job, and warned the government it would stop passing orders if the situation persisted.

These businessmen think they will construct illegal structures first and if there is a demolition, they will just kill the officers, the court said. "This thinking is so wrong. These illegal structures are going to affect our future," the bench of Justices Madan B Lokur and Deepak Gupta said.

Assistant Town and Country Planner Shail Bala died on the spot when the owner fired shots in the air to scare off the labourers on Tuesday. A bullet whizzed past another officer in the team and a labourer was also hit in the abdomen. The owner managed to flee even though there was a thick police presence.

The court pulled up the police for their "inaction" and asked, "What were they doing? Watching her get killed?" Around 160 policemen had gone with the demolition team "then how did he flee?", the bench asked.

Picturesque Kasauli is thronged by both domestic and international crowd. As a result, hotels have mushroomed without checks over the last few years. Officials say it is difficult to monitor all illegal constructions in tourism spots.

Promoted
Listen to the latest songs, only on JioSaavn.com
Infrastructure experts have warned that adding new structures on weak foundation, especially in hilly areas, is dangerous during floods and landslides. Environmentalists have also been saying that the hills are under immense pressure due to tourism boom.

The Supreme Court had on April 17 directed the Himachal government to demolish unauthorised structures in several hotels and guest houses in Kasauli and Dharampur areas of Solan and four teams were constituted by the authorities for the task.