Justice Chelameswar's letter, say sources, is a rebuttal of the points that Minister Ravi Shankar Prasad has made while urging the judges to reconsider Justice Joseph's elevation 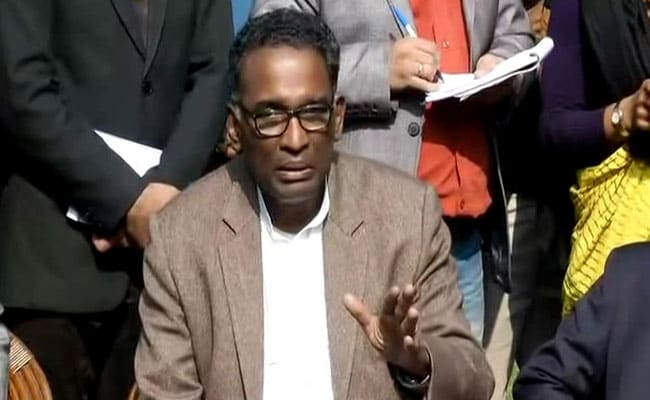 New Delhi: Justice Jasti Chelameswar has written to Chief Justice of India Dipak Misra saying the group of top five judges must meet soon and take a firm stand to reiterate their decision to elevate Justice KM Joseph after the government sent back his name.

Justice Chelameswar's letter, say sources, is a rebuttal of the points that Law Minister Ravi Shankar Prasad has made while urging the judges to reconsider the promotion of Justice Joseph - the chief justice of the Uttarakhand High Court - to the Supreme Court.

The collegium, or group of five most senior judges, must reiterate Justice Joseph's name, Justice Chelameswar has reportedly said.

After the centre's rejection of Justice Joseph, one of the two names recommended for elevation to the Supreme Court, the collegium met on May 2 but put off announcing a decision.

Sources say no collegium meeting has been scheduled yet on this.

The centre's objection to Justice Joseph has been linked to his decision to cancel President's rule in Uttarakhand in 2016, which facilitated the return of the Congress government. Law Minister Ravi Shankar Prasad has, however, denied this.

If the collegium sends back a name, the centre has no choice but to accept it.

While objecting to Justice Joseph's elevation, the centre accepted the promotion of another candidate, Indu Malhotra, who was sworn in last month.

Promoted
Listen to the latest songs, only on JioSaavn.com
The government argued that Justice Joseph was not senior enough - he is number 42 in the All India High Court Judge's list. It also said he was from Kerala, which is already represented, and that that there were no judges from Dalit backgrounds.

The Supreme Court is currently functioning with 24 Judges as against the strength of 31, sanctioned by Parliament.