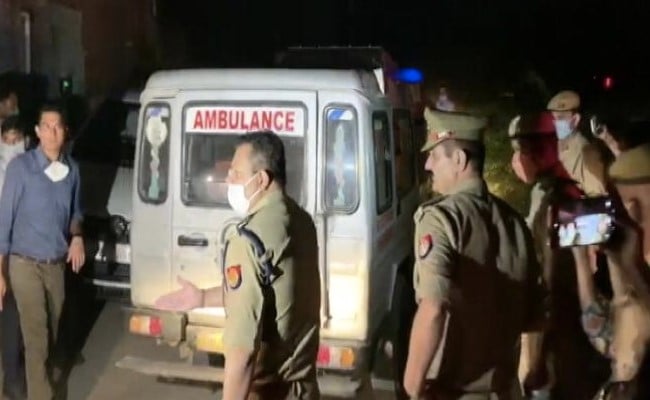 Delhi Commission for Women chairperson Swati Maliwal on Wednesday wrote to the Chief Justice of India demanding action against those officials who were allegedly involved in covering up the brutal Hathras gangrape case.

Ms Maliwal also demanded a high court-monitored investigation and a trial to ensure the strictest and swiftest possible punishment to the accused in the letter which was also addressed to the Supreme Court's judges.

"Immediate suspension and punitive action against all erring police and administrative officials including the senior-most officials who tried to coverup the incident. Setting in place definite mechanisms to ensure that no other daughter has to suffer the same fate," the letter said, listing out her demands.

The brutal gangrape and murder of a 20-year-old Scheduled Caste woman by four men in Hathras has again shaken the already shaken core, Ms Maliwal said.

"The Hathras gangrape and murder has once again exposed the complete apathy and disregard our system shows towards its daughters and mothers. The victim was gangraped on September 14 and left to die in the fields with grievous injuries," she said.

The role of the police and the entire UP government is a matter of grave concern as for days the administration tried to pass of the matter as a dispute between villages and tried to cover-up the incident, she alleged.

"Had immediate action be taken on the pleas of the family and had the victim been shifted to Delhi earlier, we may not have lost another daughter," she said.

The woman, whose death in a Delhi hospital two weeks after she was brutally gangraped sparked protests and anguish, was cremated near her home in Hathras in the dead of the night early Wednesday with her family alleging they were forced by local police to conduct the last rites.

"Even in death, the UP government was not moved by the pleas and tears of the victim and gravest of grave violation of the human rights of the victim."

"Every possible fundamental and human right of the victim was violated by the UP government and its police, in life and in death," Ms Maliwal said.