The Prime Minister quoted official figures to state that the Swachh Bharat Mission has brought about a change in public behaviour, raising rural sanitation levels to 94 per cent from 38 per cent in 2014. 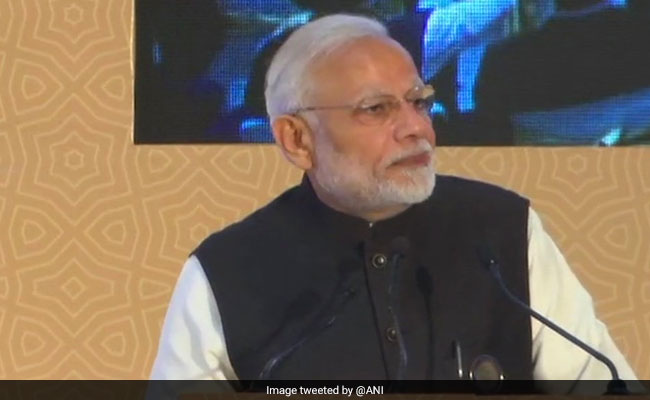 Addressing an enthusiastic audience at the closing session of the Mahatma Gandhi International Sanitation Convention on the occasion of Gandhi Jayanti in New Delhi, PM Modi thanked the global community for joining hands to alleviate pollution levels and looking at ways to curb the production of non-biodegradable waste.

The Prime Minister said the Mahatma inspired him to launch a nationwide cleanliness drive, of which his "Four P Mantra" is an extension. "Political leadership, public funding, partnerships and people's participation comprise the four-pronged mantra for making the world cleaner," he said. "Today, I am proud that our nation of 125 crore people is following in the footsteps of Gandhiji, turning the Swachh Bharat Mission into the world's biggest mass movement."

PM Modi quoted official figures to state that the Swachh Bharat Mission has brought about a change in public behaviour, raising rural sanitation levels to 94 per cent from 38 per cent in 2014. "Five lakh villages and 25 states have become open defecation free," he said.

Incidentally, this is not the first time the Prime Minister has been linked to a "Four P Formula". In 2014, a faculty member of the Indian Institute of Management-Ahmedabad had taken up a study on how PM Modi used the four Ps of management -- product, place, price and promotion -- to emerge triumphant in the Lok Sabha elections.

United Nations Secretary-General Antonio Guterres, who has come to India on a three-day visit, was also present at the event.