Gandhi Jayanti: PM To Focus On Mahatma Gandhi's Vision For A Clean India

Gandhi Jayanti: October 2 will mark the beginning of the 150th anniversary celebrations of Mahatma Gandhi. PM Modi will participate in events related to sanitation and renewable energy. 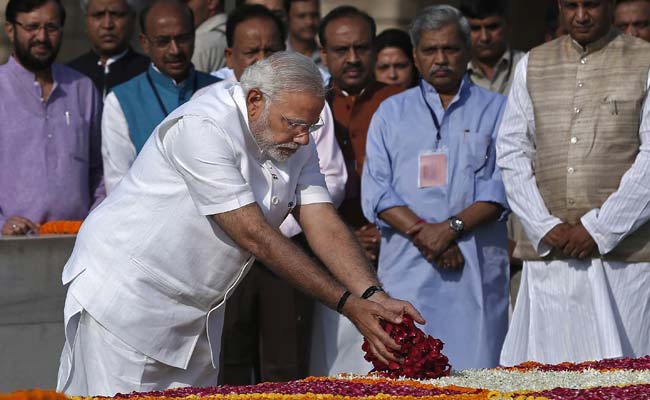 Prime Minister Narendra Modi will pay homage to Mahatma Gandhi on his 149th birth anniversary today and attend programmes related to sanitation and renewable energy. The emphasis will be on the 'Swachhata Hi Seva' mission as the day marks the beginning of the 150th year of Mahatma Gandhi's birth.

The day will mark the launch of the 150th anniversary celebrations of the Mahatma.

At the Rashtrapati Bhavan cultural centre, the Prime Minister will attend the closing session of the Mahatma Gandhi International Sanitation Convention -- a four-day international conference that has brought together sanitation ministers and other leaders from around the world.

The dignitaries will launch commemorative postage stamps on Mahatma Gandhi and a CD based on his favourite hymn 'Vaishnav Jan'.

The Swachh Bharat Awards will be distributed on this occasion.

Later in the day, the Prime Minister will inaugurate the first Assembly of the International Solar Alliance.