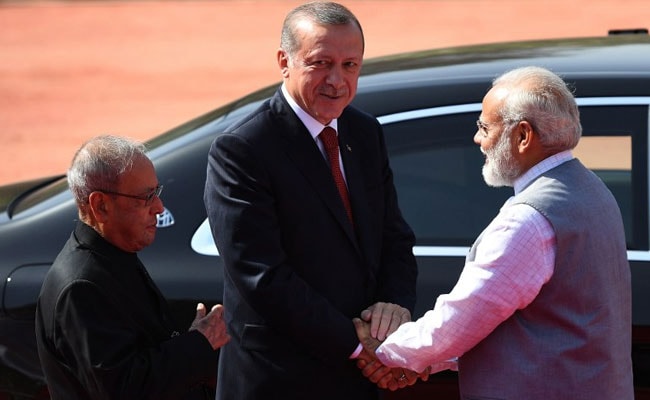 New Delhi: Ahead of talks with Prime Minister Narendra Modi today, Turkish President Recep Tayyip Erdogan has controversially suggested a "multi-lateral dialogue" to resolve the Kashmir issue to ensure peace in the region. "We should not allow more casualties to occur (in Kashmir). By having a multi-lateral dialogue, (in which) we can be involved, we can seek ways to settle the issue once and for all," President Erdogan told WION news channel in an interview ahead of arriving in New Delhi on Sunday.

"All around the world, there is no better option than keeping the channel of dialogue open. If we contribute towards global peace, we can get a very positive result," he said.

"We have always emphasised that India-Turkey relations stand on their own footing and, we believe, the Turkish side reciprocates our sentiment," Ruchi Ghanashyam, Secretary (West) in the External Affairs Ministry, said on Sunday, adding that India's position on Jammu and Kashmir is very well known that it is an integral part of the country. However, she did not respond when asked if India will raise the issue.

President Erdogan said India and Pakistan were both friends of Turkey and he wanted to help strengthen the dialogue process among the stakeholders for resolving the Kashmir issue.

The Turkish leader said that it is in the interest of India and Pakistan that they should resolve this issue and not leave it for the future generations who will have to suffer.

This is President Erdogan's first foreign visit after winning a controversial referendum on April 16 that further consolidated his executive powers. 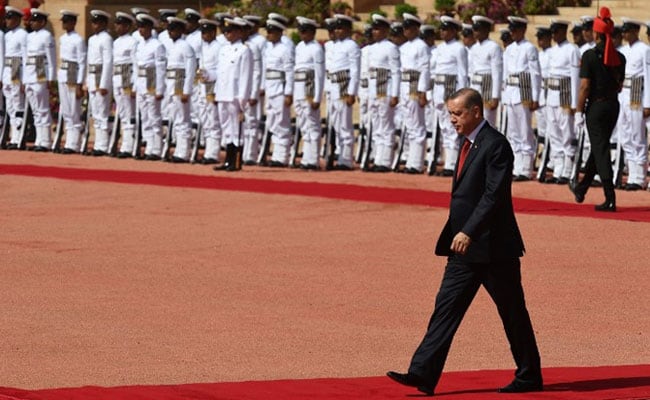 President Erdogan said he wanted to help strengthen the dialogue process among the stakeholders for resolving the Kashmir issue which has been festering for the last 70 years.

"It (the Kurdish problem) is a territorial dispute. In Jammu and Kashmir, the situation is different. Let's not make the mistake of comparing them," he said.
Comments
Recep Tayyip ErdoganErdogan in IndiaNarendra ModiErdogan India VisitKashmir Issue