On CCTV, Maharashtra Shopkeeper Stabbed To Death With Sword By Robbers

The shopkeeper was seen trying to fight off the attackers but he was grievously attacked with the sword. 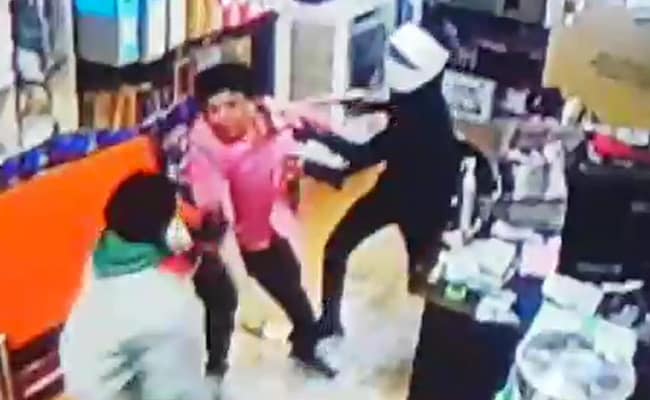 The police have filed a case and started an investigation into the incident in Buldhana.

A shopkeeper was stabbed to death with a sword by robbers in Maharashtra's Buldhana district on Tuesday night, the police said.

The incident was captured on CCTV cameras installed inside and outside the electronics shop in Chikhli city of Buldhana.

The owner of the shop, identified as Kamlesh Popat, was preparing to close up for the day and go home when two masked men entered the outlet.

In a CCTV footage of the incident, one of the accused could be seen approaching the owner sitting behind his desk. He then immediately pulls out a weapon, that looks like a gun, and points it toward the owner while another accused pulls out a sword from behind.

The shopkeeper was seen trying to fight off the attackers but he was grievously attacked with the sword.

The men soon fled from the shop, named Anand Electronics, with the stolen money and other valuables on their motorbike.

The shopkeeper was left in a pool of blood inside his shop in a critical condition and he died soon after.

The police have filed a case and started an investigation into the incident which has created panic among local shopkeepers in the area.