When Karnataka MP Shobha Karandlaje spoke during the Question Hour about the scarcity of drinking water in different parts of her state, she also mentioned about Karnataka's disputes with Tamil Nadu over Cauvery water. 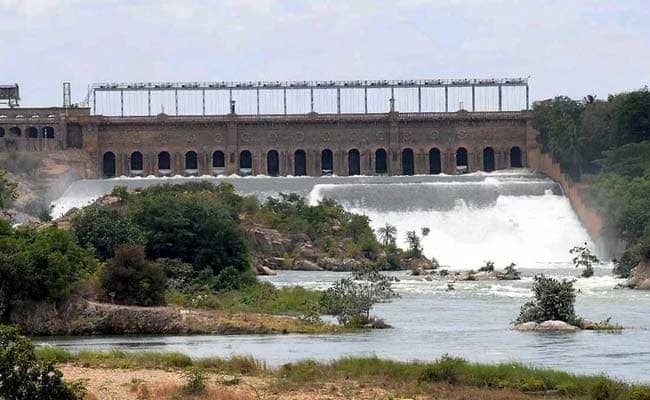 "Fight there, not here," was Lok Sabha Speaker Om Birla's reply when a ruling BJP member from Karnataka spoke in Lok Sabha on Thursday about the state's long standing dispute with Tamil Nadu over Cauvery water.

When Karnataka MP Shobha Karandlaje spoke during the Question Hour about the scarcity of drinking water in different parts of her state, she also mentioned about Karnataka's disputes with Tamil Nadu over Cauvery water, pointing towards members from her neighbouring state sitting in opposition benches, and with Telangana and Andhra Pradesh.

The Speaker remarked, "fight there, not here", leading to a peal of laughter from members.

Union Jal Shakti Minister Gajendra Singh Shekhawat said most of the river water disputes among states were either in courts or in tribunals.

The minister said under the Jal Shakti Abhiyan, a total of 1,592 blocks have been selected in 256 ground water stressed districts.

"Out of 1,592 blocks, 312 are critical blocks, 1,186 are over-exploited blocks and 94 blocks are with low groundwater availability. It is a time-bound, mission-mode water conservation campaign," he said.

Mr Shekhawat said as reported by states on Integrated Management Information System (IMIS), out of total 17.87 crore rural households in the country, about 3.27 crore (about 18.33 per cent) rural households are getting drinking water from tap connection.

"As announced in the Union Budget Speech 2019-20, it has been envisaged to ensure piped water supply to all rural households by 2024 under the Jal Jeevan Mission," he said.

The minister said the Jal Shakti Abhiyan, a water conservation campaign is a collaborative effort of various ministries, departments of the government of India and state governments, being coordinated by the Department of Drinking Water and Sanitation (DDWS), Ministry of Jal Shakti.