On Camera, 6 Rescued From Overflowing Tawi River In Jammu

The Tawi river was flowing above the danger mark with strong currents due to heavy rain the valley for days. 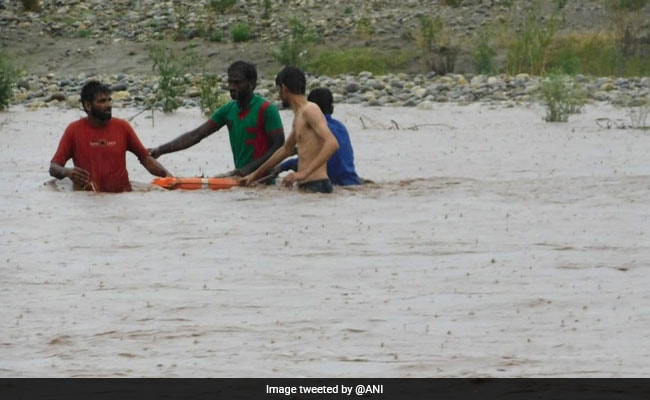 Those stranded in Tawi River in Jammu were rescued safely in a joint operation.

Six people, who were stranded in the swollen Tawi river in Jammu due to the flood situation in the state, were rescued on Friday by a team of the State Disaster Response Force or SDRF and Jammu Civil Defence.

The river was flowing above the danger mark with strong currents due to heavy rain the valley for days.

News agency ANI has released a video of the rescue, showing the river in spate.

Four rescue workers, wearing life jackets and on a raft, can be seen paddling against the force of the current to reach those stranded.

The rescue operation took place around 4 in the evening. 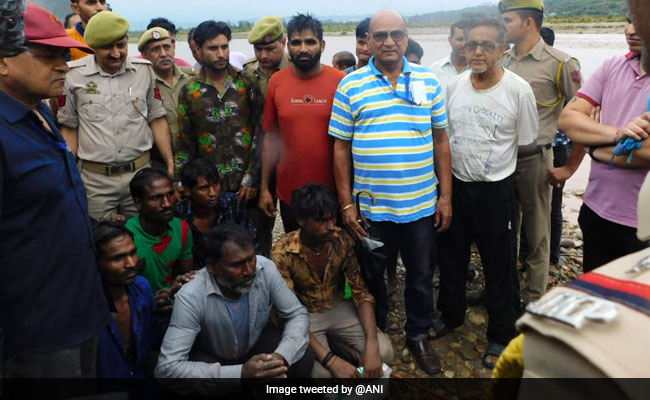 Authorities had yesterday issued a flood alert for south Kashmir, but today, water levels have started receding from there.

"As soon as we got the information about the six stranded people, we informed our team of expert divers and informed the SDRF too," Anita Pawar, Deputy Controller Civil Defence Jammu, told ANI.

"Those stranded were rescued safely in a joint operation between the two teams", she added.

Ms Pawar said with a flood warning, the district administration has teams on stand-by to help those who are stuck. "We immediately start rescue operations, the moment we receive any message", she said.

A flood alert for low-lying areas of the central Kashmir, including Srinagar, was issued today. People have been asked to stay alert and prepared for evacuation. Authorities had yesterday issued a flood alert for south Kashmir, but today, water levels have started receding from there.

The flood control department has already declared an emergency in the Valley as the water level in the river crossed the danger mark at Sangam (Anantnag), Ram Munshibagh (Srinagar) and Asham (Bandipora) areas. All schools and colleges in the Valley stayed closed today.

Flood control rooms and helplines have been set up in all districts of the valley and concerned district magistrates are personally supervising the relief and rescue preparedness.

Volunteers of disaster management and state police are continuously monitoring the situation along the embankments of River Jhelum to ensure that any breach in the embankment is plugged in time.

The MET department has said there had been relatively lesser rainfall in the Kashmir Valley during the last 12 hours as compared to the previous corresponding period.

"There would be light rainfall in the state during the next 24 hours (till Sunday) and there is no likelihood of any major flood in the valley.