Omicron Variant: The observation was shared at a meeting today where the centre asked the states to ramp up testing for early identification of positive cases, and early management. 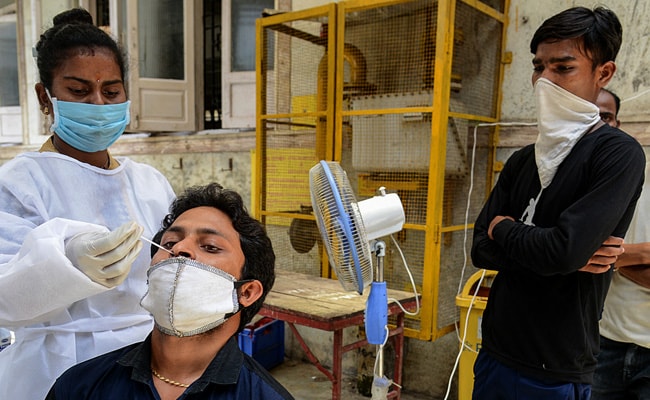 Omicron Variant: The government has asked states to ramp up testing.

'Omicron', the new Covid variant that has put the world on a backfoot amid an intense fight against the pandemic over the last two years, doesn't escape the RT-PCR and the Rapid Antigen Tests (RAT), sources in the Health Ministry said today.

The observation was shared at a meeting today where the centre asked the states to ramp up testing for early identification of positive cases, and early management.

In the midst of growing concern over the new variant, which has also brought back fresh travel restrictions in several countries, the World Health Organization on Sunday said the "widely-used PCR tests continue to detect infection, including infection with Omicron, as we have seen with other variants."

"Studies are ongoing to determine whether there is any impact on other types of tests, including rapid antigen detection tests," it said.

Reverse transcription PCR or RT-PCR test, one of the most widely used methods for detecting COVID-19, is believed to be highly sensitive and accurate.

RAT, which detects the proteins on the surface of the virus called an antigen, is typically faster but is less sensitive.

'Omicron' - found in at least 13 countries so far - was declared a variant of concern last week by the WHO with the classification putting it in the same category as globally dominant Delta, and its weaker rivals Alpha, Beta, and Gamma.

In a warning, the WHO on Monday said it poses a "very high" global risk and could have "severe consequences" where there are surges.

The government on Sunday asked all states to step up intensive containment and active surveillance.

"It is imperative that intensive containment, active surveillance, increased coverage of vaccination, and Covid-appropriate behaviour be enforced in a very proactive measure to effectively manage this variant of concern," the Health Ministry said.

Every passenger coming to India from the affected countries has to fill a self-declaration form and show a negative RT-PCR test report.