Cyclone Fani, which hit Odisha in May, caused extensive damage along the coast as well as state capital Bhubaneshwar. 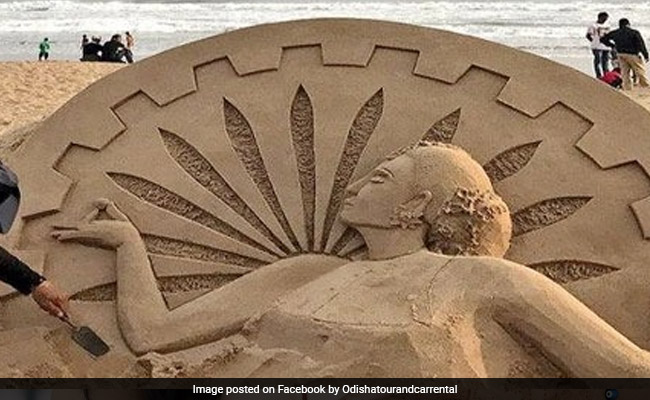 An artist creates a sand sculpture in Konark as part of the International Sand Art Festival.

India has made a huge mark in sand art, with hundreds of artists from countries across the world participating in the Sand Art Festival held at Konark in Odisha, state authorities claim. While over a hundred participants were from India alone, the others belonged to Ireland, Denmark, Russia, Canada, Togo, Sri Lanka and the United States.

"The International Sand Art festival and the Konark Dance Festival this year were quite important for us, given that Konark was battered by Cyclone Fani in May. We wanted tourists and local residents to come and enjoy the mesmerising performances, and we have received a positive response so far. Another remarkable achievement for us was an increase in women participation at the Sand Art Festival. Now that we have sent the message to all that Odisha is open fully for tourists, the next big thing for us is the Marine Drive Eco Retreat," Odisha Tourism Secretary Vishal K Dev told NDTV.

The eighth edition of the International Sand Art Festival, with Padmashree awardee and globally renowned sand artist Sudarshan Pattnaik as its brand ambassador and chief curator, is being held on the pristine Chandrabagha beach. The themes for the event include ecotourism, sports, women empowerment, heritage and saying no to plastic.

Cyclone Fani, which hit Odisha in May, caused extensive damage along the coast as well as state capital Bhubaneshwar. But the success of the festival, authorities say, proves that Odisha has recovered from the cyclone.