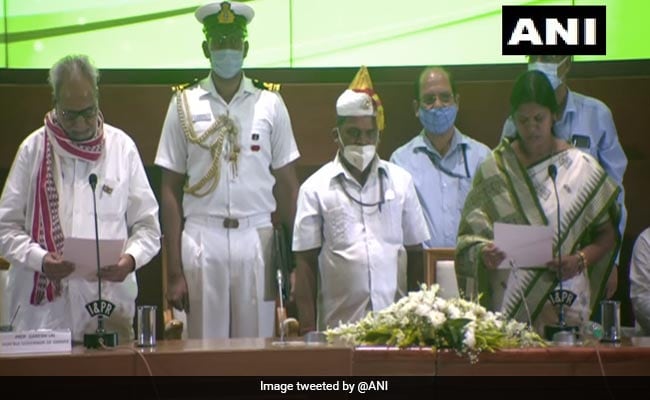 Bracing for the 2024 Assembly elections, Odisha Chief Minister Navin Patnaik on Sunday recast his council of ministers, inducting five women ministers, besides giving larger representation to the youth as 21 MLAs took the oath of offices.

The new council of ministers was constituted after all 20 ministers in Odisha had resigned on Saturday.

The reshuffle has been done to give an opportunity to new faces and introduce a combination of young and experienced leaders from BJD into the cabinet ahead of the 2024 general and assembly elections.

The swearing-in ceremony took place in the new convention centre of Lok Seva Bhawan in Bhubaneswar.

A total of 21 Ministers, including 13 Cabinet and 8 Minister of State (Independent charge), took oath in the Naveen Patnaik-led state council of ministers.

Some of the ministers who have performed well in their respective offices and still dropped from the cabinet are likely to get important responsibilities in the party organization in view of the next election, according to sources.

The Naveen Patnaik government has completed three years of its fifth consecutive term as the Chief Minister of Odisha on May 29.

All Advisors/Chairpersons of 23 different departments/Corporations/ Boards etc shall cease to be in office with effect from June 5 (Sunday), Planning and Convergence Department has issued an official notification, after the order passed by Chief Minister Naveen Patnaik, read order by the state government.