Kishore Badra of Gambharipatia village under Salijanga panchayat under Danagadi block was returning home after working in his paddy field on Wednesday night, when when a snake bit him on his leg. 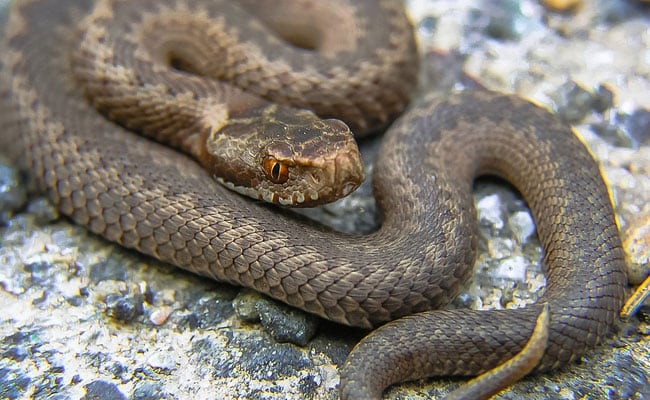 In a bizarre case of human revenge, a 45-year-old tribal man reportedly bit a snake to death after the latter bit him in a remote village in Odisha's Jajpur district.

Kishore Badra of Gambharipatia village under Salijanga panchayat under Danagadi block was returning home after working in his paddy field on Wednesday night, when when a snake bit him on his leg.

Badra managed to capture the viper and bit it to death in a bid to take revenge.

"Something bit on my leg while I was returning home on foot last night. I switched on my torch and found it to be a poisonous krait snake. In order to take revenge, I took the snake in my hands and bit it repeatedly, killing the viper on the spot," said Badra.

Following the incident he came back to his village with the dead snake and told his wife the whole tale.

Soon this became the talk of the village with Badra exhibiting the snake to his friends.

Some onlookers advised Badra to visit a nearby hospital, but he refused to go to the hospital and instead went to a traditional healer to seek advice on the same night.

Luckily for Badra, the snake bite and his biting the snake has seemingly had no impact on him.

Badra none the worse for his bizarre adventure, said on Thursday, "even though I bit the poisonous krait, I did not feel any difficulty. I went to a traditional healer residing near the village and was cured."