Number Of Dead In West Bengal Bus Accident Rises To 42 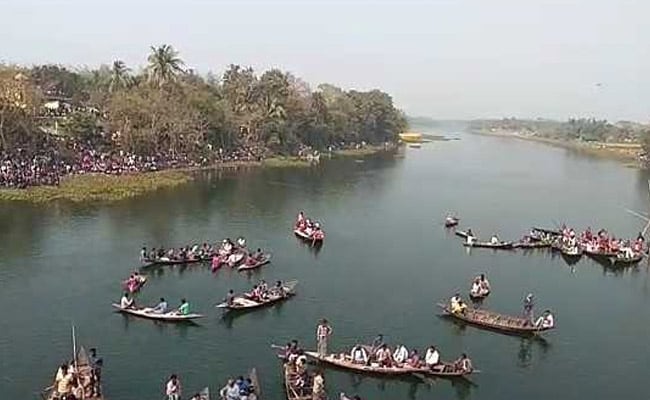 Baharampur, West Bengal: The number of people who died in a bus accident in West Bengal's Murshidabad district rose to 42 today morning after six more bodies were fished out from a canal into which the bus fell.

Some of these bodies were found stuck on the waterbed and the others were found floating, a senior official of the state administration said.

The passenger bus had rammed into the railing of a bridge and plunged into Gogra canal at Balirghat in the district at 6 am yesterday.

The search operation that was called off last night due to poor visibility resumed at 7 am today, the official said. "The search will continue till the time we are convinced that there are no bodies stuck anywhere," Mr Ulaganathan said.

Thirty-six bodies were fished out and eight people were rescued after nine hours of operations yesterday by deep divers of the National Disaster Response Force (NDRF) and State Disaster Management personnel.

"We have so far managed to identify 39 people. The bodies of the six unidentified people are kept in the morgue of Murshidabad Medical College and Hospital. We have been receiving calls from relatives of passengers," he said, adding those rescued are undergoing treatment at Murshidabad hospital.

"The district magistrate and senior police officers, including the SP, are monitoring the situation," Mr Ulaganathan added.

On eye witnesses' claims of the bus driver speaking on his phone while speeding, he said, "It is still not clear what the reason was. But there was fog in the morning and visibility was poor. We are looking into the matter."

Another state administration official said forensic tests would be conducted on the bus to ascertain the causes of the accident.

"Forensic experts will check whether there was any problem with the engine of the bus," the official said.

Expressing grief over the accident at a programme on the outskirts of Kolkata, West Bengal Governor KN Tripathi today asked people to join the "Safe Drive, Save Life" campaign of the state government.

Promoted
Listen to the latest songs, only on JioSaavn.com
Chief Minister Mamata Banerjee, along with state transport minister Suvendu Adhikari had rushed to the district yesterday to supervise rescue operations.

Ms Banerjee, who stayed back at Baharampore last night, had announced a compensation of Rs 5 lakh each for the family of those killed in the accident, Rs 1 lakh for the critically injured and Rs 50,000 for the injured.