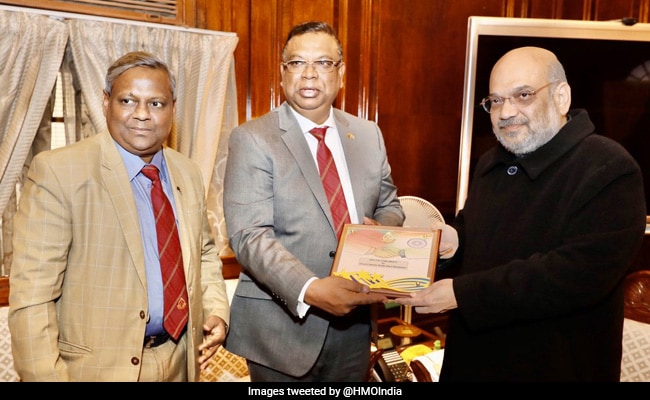 The process of creation of the National Register of Citizens (NRC) is completely an "internal affair" of the Indian government and the cooperation between the border guarding forces of the two countries is very good, the chief of Border Guards Bangladesh (BGB) said here on Sunday.

The BGB will continue to work to prevent illegal crossings into India, its Director General Maj Gen Shafeenul Islam said at a press conference.

A BGB delegation, led by Islam, is on a bilateral visit to India to hold DG-level border talks with their counterparts, the Border Security Force (BSF) said.

"This is completely an internal affair of the Indian government," he said when asked to comment on the NRC issue. When asked about the provisions of the Citizenship Amendment Act (CAA) that seeks to grant Indian citizenship to persecuted non-Muslims from three countries including Bangladesh, the DG said he would not like to make any comments.

"I would say that the cooperation and relationship between the two forces (BSF and BGB) is very good," the BGB chief said when asked to comment on the developments in India post the passing of the CAA in Parliament.

Replying to a question on the recent killing of a BSF jawan by a BGB trooper along the India-Bangladesh International Border in West Bengal, the BGB DG said it was an "unfortunate, unwarranted and unexpected" incident.

"An inquiry is still on...we will take necessary steps," he said. BSF DG V KJohri said the incident was unwarranted and unfortunate and that "there are lessons to be learnt." "We are preparing a detailed standard operating procedure in the wake of this incident that took place along the riverine border along Bangladesh, Mr Johri said.