Trinamool Congress supporters show off the postcards to PM Modi.

Amid growing rivalry between the BJP and Trinamool Congress in West Bengal, supporters of the ruling party today sent 10,000 postcards with the slogans "Vande Mataram", "Jai Hind" and "Jai Bangla" scribbled on them to Prime Minister Narendra Modi. The move came in response to BJP leader Arjun Singh launching a campaign aimed at sending 10 lakh postcards with the slogan "Jai Shri Ram" to Trinamool Congress chief Mamata Banerjee after the BJP's impressive performance in the state in the recent Lok Sabha elections.

Photographs shared by news agency ANI showed hordes of people crowding at a Dum Dum post office to mail the postcards to New Delhi. D Banerjee, chairman of the South Dum Dum Municipality, said the point of the exercise was to show that the Trinamool Congress enjoys enormous support in Bengal. "We only wanted to show what is in the minds of the people. We don't want to go and shout in front of his vehicle," ANI quoted Mr Banerjee as saying. 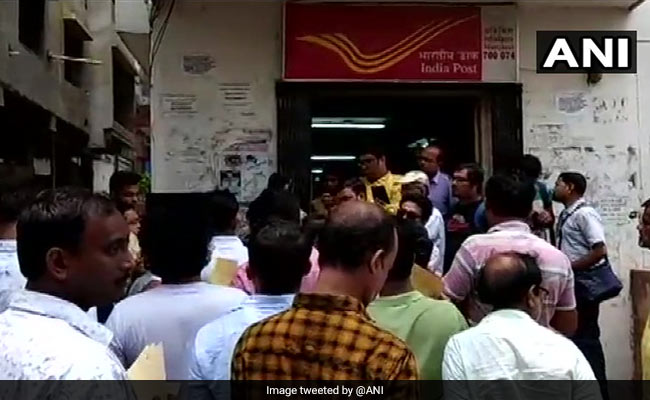 He was referring to recent incidents of BJP supporters heckling Mamata Banerjee - also the West Bengal Chief Minister - by raising the "Jai Shri Ram" slogan in various parts of the state. Three state ministers who were holding a meeting at a Trinamool Congress worker's house in Barrackpore constituency's Kanchrapara area were also taunted in a similar manner on Saturday. The incident culminated in a baton-charge by the police. 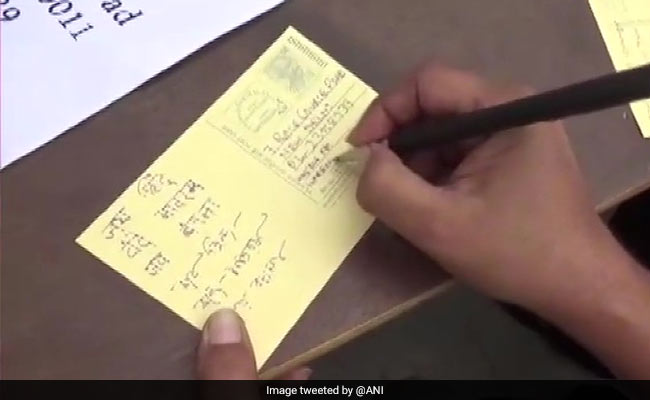 A postcard with "Vande Mataram", "Jai Hind" and "Jai Bangla" written on it.

Yesterday, BJP leader Kailash Vijayvargiya said that his party will campaign in West Bengal with the slogan until the Mamata Banerjee-led Trinamool Congress is ousted from power. "I wonder why Mamata Banerjee always gets angry when people shout 'Jai Shri Ram'. Is chanting the slogan a crime? If so, why?" he questioned.

Mamata Banerjee - for her part - has taken pains to clarify that she does not have a problem with the "Jai Shri Ram" slogan, only with the way it is being used by the BJP to "create divisions" in the state. "This is a deliberate attempt to sell the ideology of hate through vandalism and violence, which we must oppose together. One can fool some people some of the time, but cannot fool all the people all the time," she said in a Facebook post on Sunday.

While the BJP won 18 seats across West Bengal in the Lok Sabha elections, the Trinamool Congress only scored marginally better with 22. This has been seen as an indication that the state would witness even more closely fought battles between the two parties in electoral contests to come.