Ministry Reaches Out To Statistics Body Chief, Member Who Quit Over Data

National Statistical Commission: PC Mohanan, a former member of the Indian Statistical Service, and JV Meenakshi, a professor at Delhi School of Economics, has also quit

The only two non-government members of the National Statistical Commission, including its acting chief, have quit over "disagreements" with the government on the release of jobs data and concerns about it being buried in election season. PC Mohanan, the acting chairperson of the autonomous body, told NDTV that he was "not taken seriously" and felt sidelined over the past few months.

Along with Mr Mohanan, a former member of the Indian Statistical Service, JV Meenakshi, a professor at the Delhi School of Economics, has also quit. Their terms were till 2020.

The Ministry of Statistics and Programme Implementation has reached out to both. The ministry's secretary Pravin Srivastava has called them for a meeting.

"We found that the commission was not very effective in discharging whatever it was supposed to do. And in recent times we thought we were being sidelined or we are not taken very seriously," Mr Mohanan told NDTV.  "It is an apex body for all statistics in the country. That purpose was not really being served. That was our feeling," he said.

He confirmed that one of the reasons for his resignation was that a report on jobs could not be released. The National Sample Survey Office's Periodic Labour Force Survey report for 2017-18, which gives data on employment and unemployment, was vetted by the statistical commission in December but has yet to be released. 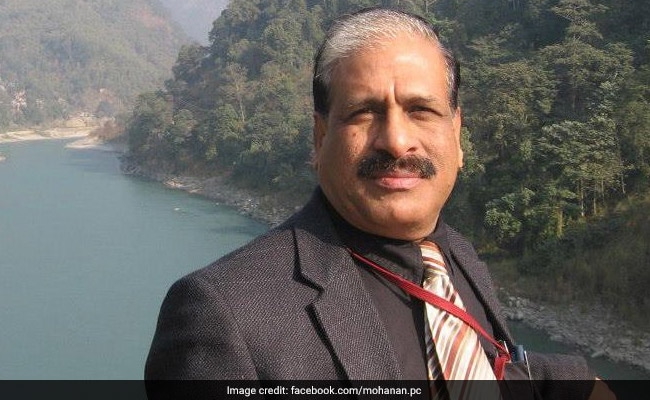 The commission is mandated to have seven members. Three posts had been vacant before the resignations.

The latest exits underline the controversies that the centre has faced amid opposition allegations of gaming of data, for example, on joblessness and Gross Domestic Product (GDP).

Senior Congress leader P Chidambaram targeted the government in a series of tweets this morning on the statistical commission.

"May the NSC rest in peace until it is re-born again! We mourn the death of the National Statistical Commission and remember with gratitude its valiant fight to release untainted GDP data and employment data. One more venerable institution died on 29 January 2019 owing to malicious negligence by the government," tweeted the former finance minister.

In November, the NITI Aayog had announced back series data or "revised" GDP data under the previous Congress-led UPA rule.

The data released by NITI Aayog Vice-Chairman Rajiv Kumar and Chief Statistician Pravin Srivastava trimmed the average growth during the UPA years and showed higher growth in the four years of the BJP-led government.