Coming months ahead of the national elections, the NSSO report, which shows joblessness at a 45-year high, has set off a huge political controversy.

The former head of India's Statistics Commission, PC Mohanan, who suddenly quit on January 28, has told NDTV that the government not releasing the NSSO report on jobs was the "last straw", forcing him to step down. Claiming the Commission had been repeatedly sidelined, he said, "When it came to the NSSO report, and one of the reports that we approved on December 5 as per the release calendar, was not getting released. So this was the last straw."

Coming months ahead of the national elections, the NSSO report, which shows joblessness at a 45-year high, has set off a huge political controversy. The report has not officially been released by the government. But it was published in the Business Standard newspaper. The NITI Aayog called it a "draft" report and said it had not been finalised. 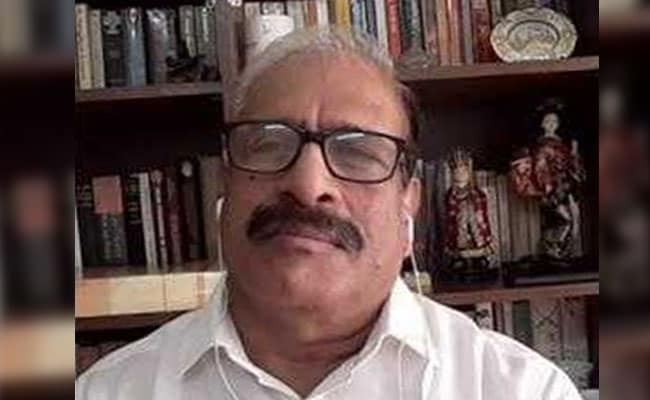 Mr Mohanan also made it clear his resignation was not for personal reasons as stated by the NITI Aayog Vice Chief, Rajiv Kumar.

"In my letter, I made it very clear I have specific instances and we thought our continuing in the commission was not serving any purpose because the commission was not very effective and there's nothing personal in that. The government should take note of the issues and improve the system. And Meenakshi, who resigned along with me, also said the same thing," Mr Mohanan said.

He also said he flagged the delay in the report's release, but got no response from the government.

"I did not get any official response. I did contact the chief statistician and also met him. Both of us -- Meenakshi and I, met him on 23 January. We flew from Kerala to Delhi only for this purpose. We didn't get any specific reason for the delay. They also said there's some need to check the data properly but that was not satisfactory for us. And the fact all along has been that the NSSO reports have been released within few days of approval."

He said it was important for the Commission's sanctity to be maintained and that the NITI Aayog should not get involved.

"There has been a link that the statistics should be independent of the government. It should be published impartially and there are certain fundamental principles of official statistics which the government has also notified in 2016, and that very clearly says statistics should be totally independent. This commission ensured that this was maintained. It is a very important issue for the commission that autonomy of the stats system is maintained and that alone can bring credibility to our statistics. Credibility is very important. NITI Aayog getting involved is not a very desirable thing," Mr Mohanan said.