Dilip Bankar, an MLA from Niphad, was reportedly one of the NCP MLAs who had attended Saturday's swearing-in ceremony at the Raj Bhavan 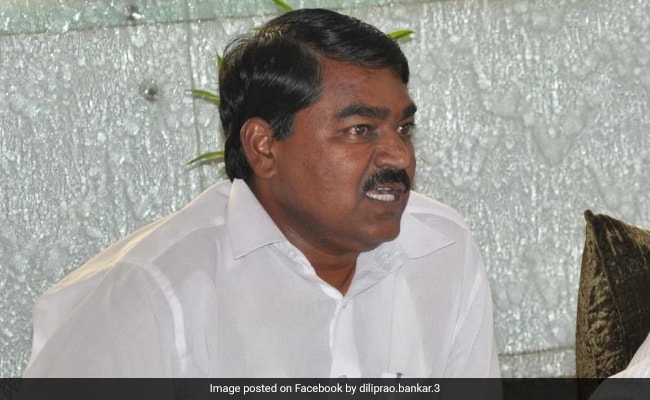 "I am supporting the NCP and not the BJP," NCP MLA Dilip Bankar said

Nationalist Congress Party (NCP) lawmaker Dilip Bankar on Sunday said his support was intact behind the NCP leadership and he is not backing the BJP in the state. "I am supporting the NCP and not the BJP. I am sure that Ajit Pawar will return to the NCP," he told reporters in Mumbai. He said all his party MLAs are staying at a single place and he will be joining them.

Mr Bankar, an MLA from Niphad, was one of the NCP MLAs who had attended Saturday's swearing-in ceremony at the Raj Bhavan where Devendra Fadnavis was sworn-in as the Chief Minister and NCP's Ajit Pawar took oath as his deputy.

Earlier in the day, Deputy Chief Minister Ajit Pawar said that he is in the Nationalist Congress Party (NCP) and asserted that his uncle and party chief Sharad Pawar is "our" leader.

"I am in the NCP and shall always be in the NCP and Sharad Pawar Saheb is our leader. Our BJP-NCP alliance shall provide a stable government in Maharashtra for the next five years which will work sincerely for the welfare of the State and its people," tweeted Ajit Pawar.

"There is absolutely no need to worry, all is well. However, a little patience is required. Thank you very much for all your support," he tweeted.

After a prolonged uncertainty over government formation that lasted for nearly a month, Devendra Fadnavis on Saturday early morning took oath for the second consecutive term as the state chief minister, while Ajit Pawar was sworn-in as his deputy chief minister.

However, the NCP has removed Ajit Pawar as the leader of its legislature party.

NCP chief Sharad Pawar has said that the decision of his nephew Ajit Pawar to align with BJP was against the party line and any MLA who aligns with him is likely to face anti-defection law.