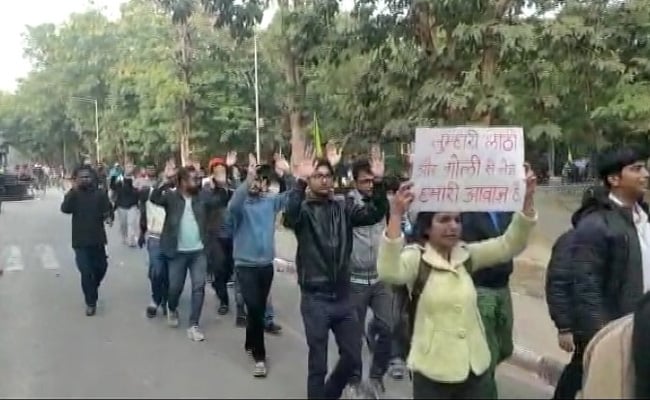 Students at the Indian Institute of Technology (IIT) in Kanpur say they are worried over lack of communication from the administration on the probe into a protest last December on the campus, where Pakistani poet Faiz Ahmad Faiz's iconic work "Hum Dekhenge" - sung as a protest anthem over decades - was read out. The students say they don't know the terms of the investigation being carried out by the IIT Kanpur administration.

After first making the alleged "anti-Hindu" nature of the poem a focus of its probe, the institute said the investigation is much wider in scope and relates to several allegations, and that the poem and its contents are just one aspect of it.

The inquiry committee was set up by IIT Kanpur after getting a complaint over the students reciting the poem before a solidarity march on December 17, for their counterparts at Delhi's Jamia Millia Islamia University, where violence broke out during a protest against the Citizenship (Amendment) Act on December 15.

"The dean of academic classes, the dean of students' welfare and the deputy director himself, who later ordered the inquiry, were present (at the march) at the time. If they had an issue they would have raised objection right there. But they didn't. It was turned into an issue later," a final-year student at IIT Kanpur told NDTV, asking not to be named. 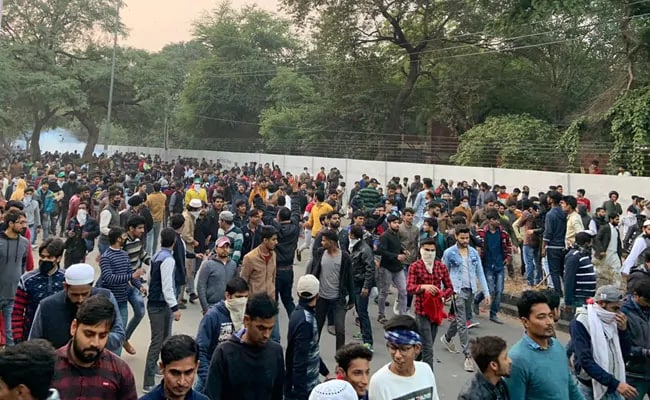 "We are not sure of the exact composition of the committee. We have heard the deputy director and three other professors are part of this committee. We have not been called to depose, but I am told some other people may be called based on their photographs," the student said.

"Usually, such inquiries are communicated through mails. But here a lot of this was communicated using the media. It's not that people have not got punished before. But this time people are very tense. For instance, asking social media posts to be deleted. Why do you need to tweet or go to the media to communicate to your campus?" the student said.

An outrage over the IIT Kanpur administration's move may have led to what is being seen as the management's climb down over the terms of the inquiry.

A section of teachers at IIT Kanpur wrote an open letter to students on Friday. "We, your teachers, stand by you in your attempts to express yourself in a responsible manner on any issue...And as teachers, we will strive to create an atmosphere in our campus where you can fearlessly express your opinion in any form, responsibly and conscientiously," the letter reads.

A post-graduate student who asked not to be named told NDTV: "Even several people who have not signed that letter of support have communicated verbally to us that they stand by us."

"Our highest decision making body is the academic senate. We are not sure they are in the loop. In the entire issue, proper procedure does not seem to be followed. The deputy director expects us to trust him, but we have not even seen an order copy of the terms of the inquiry. If you want to create controversy over something, you can definitely blow it out of proportion. It's a very political thing to do. Some people have done it for their political gains. We are not ignorant or blind down here. We can see what's happening," the post-graduate student said.

The Urdu poet from Pakistan's Sialkot - a communist and an atheist - was nominated for the Nobel Prize in Literature in 1963. He used religious metaphors in his poetry to attack the establishment.

Faiz Ahmad Faiz was jailed several times for his writings. He wrote "Hum dekhenge... (We will see)" - one of his best remembered compositions - in New York in 1979. It was a mark of protest against the Pakistani dictator Zia-ul-Haq, who declared himself the President of Pakistan after overthrowing Zulfikar Ali Bhutto government.

In 1986, the song assumed an iconic status after Pakistani singer Iqbal Bano sung the poem of defiance against the martial law in Lahore in front of a 50,000-plus crowd.

The complaint against the students was filed by Vashi Mant Sharma, who is part of the 'INSPIRE' faculty at the IIT Kanpur. A government document says the 'INSPIRE' scheme has been "designed to provide contractual research positions to young achievers for independent research and emerge as a leader in future science and technology".

Mr Sharma is the mentor for a web portal called Agniveer, which lists work against conversions on its web page prominently.

Describing the march at IIT Kanpur on December 17, Mr Sharma on his website said he confronted the students and "knew the poem".

"I knew the poem. So I objected instantly. Few others joined me too. We outshouted the mob of 300. Since then, everybody is teaching us the context of these revolutionary lines," said Mr Sharma.