Not Aware Of Any Letter From Ukraine On Kickbacks: Rajnath Singh

Rajnath Singh was replying to a question on a report which claimed that Ukraine's NAB had written to the Ministry of Home Affairs claiming that kickbacks to the tune of Rs 17.55 crore was paid to some Indian defence officials. 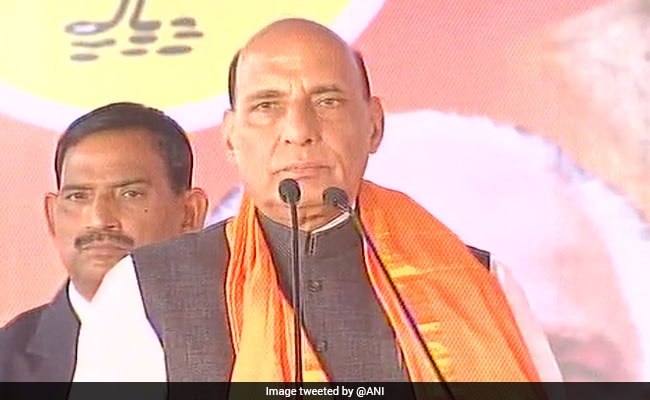 Rajnath Singh said no such matter came to him so far. (File)

Bhopal: Home Minister Rajnath Singh today said he was not aware of any letter to his ministry from Ukraine's National Anti-Corruption Bureau (NAB) regarding alleged kickbacks in the procurement of spare parts for transport aircraft An-32 by the Ministry of Defence (MoD).

He was replying to a question on the media report which claimed that Ukraine's NAB had written to the Ministry of Home Affairs (MHA) claiming that kickbacks to the tune of Rs 17.55 crore was paid to some Indian defence officials for the spares deal.

The media report said the Ukrainian agency had sought legal assistance from the MHA for its probe into the alleged kickbacks.

Responding to a question on firing by the Pakistani troops targeting civilians along the border in Jammu and Kashmir, the home minister said there were concerns about their safety and bunkers were being built for them.

Describing these border dwellers as the country's "strategic asset", he said, "We are constructing 1,400 bunkers for them. These bunkers will be built in the next couple of months."

Listing the Modi government's achievements, he claimed "no major" terror attack took place in the country in the last four years.

"Security forces thwarted the terror attacks in Gurdaspur and Pathankot and all the terrorists were neutralised," the minister said.

Promoted
Listen to the latest songs, only on JioSaavn.com
Mr Singh said the government has succeeded in curbing Maoist activities to a large extent. "In India, Maoists are now confined to 90 districts only. Earlier, 126 districts were affected by them," he said.

"Naxal terror is mainly restricted to 10 to 11 districts in the country," Mr Singh said adding that in other Maoist-hit districts, cases of extortion and setting transformers on fire were reported.