Norway custody row: Will the wait get longer? 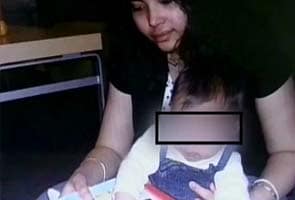 Oslo: Sources have told NDTV that some NGOs and civil society members in Norway are pressurizing the country's government to follow the law of the land and not rush through handing over two NRI children - three-year-old Abhigyan and one-year-old Aishwarya - to their parents.

The two were separated from their parents - Sagarika and Anurup Bhattacharya- after they were taken away by the Norwegian authorities in May last year and placed under foster care. The authorities found them guilty of "an emotional disconnect" with their children.

The Indian government had last month struck an agreement with the Norwegian authorities that the custody of the two children will be handed over to their Kolkata-based paternal uncle, Arunabhas Bhattacharya. However, despite this agreement, the Norwegian Child Welfare Services is following long procedures in handing over the children to their uncle, who will be the formal custodian of the two children when they arrive in India.

Worried over the delay, India on Wednesday summoned the Norwegian ambassador seeking a speedy solution to the row. The External Affairs Ministry reportedly asked the envoy as to why the process of bringing the children together with their family was taking time.

India wants the children to be handed over to their uncle before their parents' visas expire on March 8. Indian envoy will now take up the matter with the Norwegian authorities again, sources say, adding that it is ready to take it up at a higher level, and, if needed, even seek visa extension for the parents.

The children's uncle Mr Bhattacharya is a bachelor and dentist by profession. He has been asked to stay away from his brother and sister-in-law. He is currently in Norway, where he is being made to attend regular sessions with the welfare service and psychologists. He is being taught how to take care of the children.

Promoted
Listen to the latest songs, only on JioSaavn.com
Only after a Norway court allows the children's custody to be passed to him will the latter be able to return to India with the children. The Norwegian authorities are, however, taking their time in making their recommendations to the court. They have categorically denied that cultural differences had played a role in their decision to take the children away.