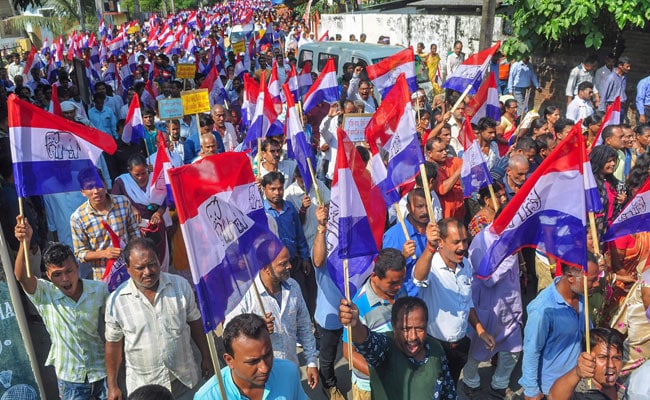 Most Northeast parties including the allies of BJP, opposition Congress and Left parties have strongly opposed the controversial Citizenship (Amendment) Bill, 2016, saying "the Bill is against the fundamental aspect of the Indian constitution".

IPFT Assistant General Secretary Mangal Debbarma told news agency IANS that National Federation for New States (NFNS), a conglomerate of many small parties in the northeastern region and other states, has also been opposing the Bill.

"We have raised the issue in the last meeting of NEDA (North East Democratic Alliance) in Guwahati recently. Many of the constituents of the NEDA including Mizoram's ruling party Mizo National Front (MNF) are also opposing the Citizenship (Amendment) he said.

All Mizoram NGOs, including the influential Young Mizo Association, and political parties like People's Representation for Identity and Status of Mizoram (PRISM) have been strongly opposing the Bill, claiming it would change the demography of several North eastern states.

Mizo Student Federation President L. Ramdinliana Renthlei told the media in Aizawl that they would not allow the government to implement the new citizenship law in Mizoram.

Tripura's oldest tribal based party INPT (Indigenous Nationalist Party of Tripura) blocked the national highway and the lone railway line in the state last month, demanding withdrawal of the Bill.

INPT General Secretary Jagadish Debbarma said that they would intensify their agitations in Tripura as well as Delhi to press for the withdrawal of the Bill.

The powerful North East Students Organisation (NESO), an umbrella body of eight students and youth organisations of the seven north eastern states, has called an 11-hour shutdown in the entire northeast on Tuesday to protest against the BJP-led NDA government's move to pass the controversial Bill.