Sunil Deodhar said his maiden visit to Meghalaya was as a pracharak and it lasted for eight years after which he was made in charge of Tripura in November 2014. 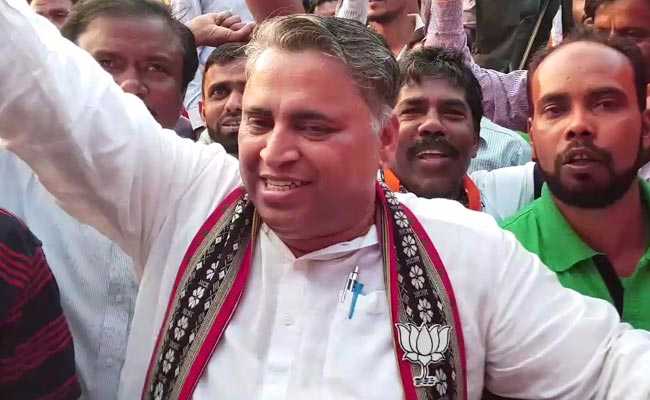 Sunil Deodhar is considered to be a primary architect, responsible for the BJP's win in the northeast

Mumbai: Sunil Deodhar, BJP leader and RSS pracharak considered to be the architect of the BJP's good showing in the Assembly polls in the three northeast states, today said targeting the youth and tribal communities in all the three states helped the party.

He said that his maiden visit to Meghalaya was as a pracharak and it lasted for eight years after which he was made in charge of Tripura in November 2014.

"I was completely unaware of the language, culture and attitudes of the people when I first went there. I continued working there in different capacities and was made in charge of Tripura in November 2014. This is because I could speak the tribal languages of the state as well as Bengali and Odiya spoken by a large section of the people there," he said.

"We targeted the youth of the region, and with diligent effort, got connected with several local tribes and migrant communities. We ensured that these youth visited cities across the country as part of the 'Bharat Mera Ghar' initiative. It created a social bridge between the North East and the rest of the country," he added.

He claimed that the RSS managed to break the stranglehold of the Communists in Tripura because the Left cadre had got disillusioned with the rampant corruption within the Left parties there.

"The last few years, it was getting increasingly visible that the new Communist cadre were getting fed up with crony capitalism and corruption in the Tripura government. A major chunk of these cadre joined BJP which, in turn, pulled in the votes," Mr Deodhar said.

He said that special sessions were held for these new entrants into the party fold in which the concepts of cultural nationalism as well as the core ideology of the BJP-RSS was taught.

"Similar was the case with the Congress and Trinamool Congress party workers who too joined us and helped increase our votes," he added.

Replying to a query on how he got assigned to the North-East in the first place, Mr Deodhar said, "I was given two options, to work in Maharashtra or work in the North-East. I decided to take up the challenge and went to Shillong (Meghalaya)."

Mr Deodhar had also worked as a national coordinator of the North-East India Communication Cell set up by Nitin Gadkari, when the latter was the BJP's national president.

Prior to that, Mr Deodhar was made in charge of Dahod district in Gujarat for the 2012 Assembly polls and managed to up the tally of the party from the Adivasi-dominated region from one seat to three.

The former teacher from Mumbai's suburban area, Andheri, runs an initiative called 'Bharat Mera Ghar' or 'My Home India' which aims to establish a communication channel between communities and tribes of the North East.

He said that he would not be associated with the government-elect as his job was to help the party win the polls.

Mr Deodhar's work has received praise from the Shiv Sena whose spokesperson, Sanjay Raut, said that he had emerged as the third person in the BJP, after PM Narendra Modi and party president Amit Shah, who could win elections.

"The poll result from the North East for the BJP is like cultivating 'kesar' (saffron) in the desert," Mr Raut said.

He said that the BJP's victory in the region would bring it into the mainstream.

Mr Raut added that the victory might not have an impact on the national mood, but was important from the point of national security.
Comments
Sunil DeodharNortheast Assembly ElectionsTripura assembly elections 2018