"Nobody Will Be Left In Trinamool By February 28," Says Suvendu Adhikari 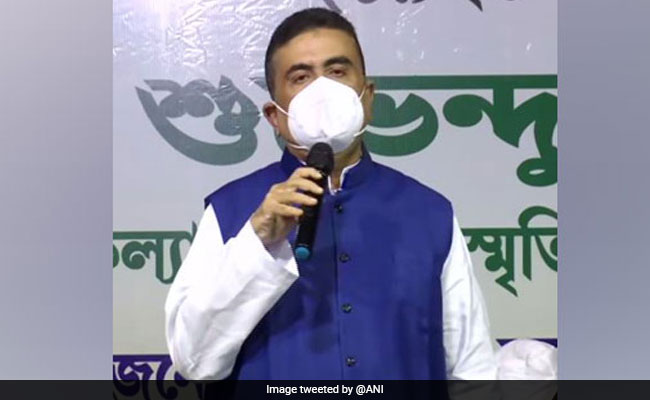 Bharatiya Janata Party (BJP) leader Suvendu Adhikari on Sunday said that Trinamool Congress (TMC) is a private limited company and by February 28 nobody will be left there.

Addressing his first rally after joining BJP, Rajib Banerjee said, "We want double engine government in West Bengal. We want Bharatiya Janata Party government at both the Centre and State for Sonar Bangla."

The rally comes a day after former West Bengal Minister Rajib Banerjee, who had resigned from Trinamool Congress joined BJP along with two other MLAs in the presence of Union Home Minister Amit Shah, Mukul Roy and Kailash Vijayvargiya.