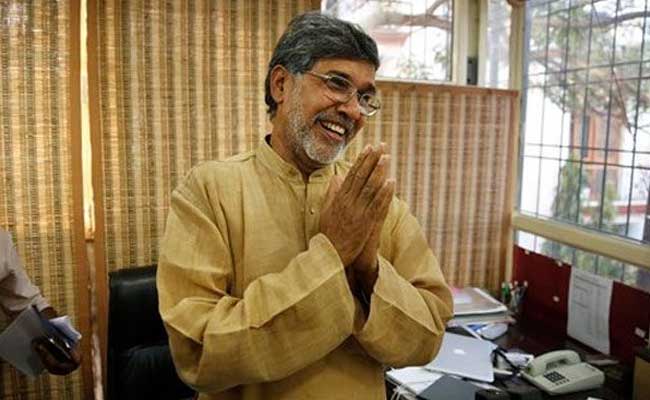 Dhaka: Nobel Laureate Kailash Satyarthi today launched his child rights campaign in Bangladesh aimed at mobilising millions of children from affluent families globally to speak up for their underprivileged peers.

"Together we can make a difference," said 63-year-old said while launching his '100 Million for 100 Million' campaign at Saint Joseph Higher Secondary School here attended by ministers and rights activists and students from prosperous families. He said 100 million children were exposed to trafficking, slavery and other forms of violence "while 100 million youths want to change the world."

Mr Satyarthi, who intends to mobilise 100 million youth and children for 100 million underprivileged children across the world to end their plight, described the campaign as the "globalisation of compassion".

"We want to create a new civilization. Income gap is widening gradually. Only eight people own wealth amount of half of the total population of the world," he said in his address at Inter Parliamentary Union (IPU) Assembly here.

Mr Satyarthi said the income inequalities should be reduced first to build a peaceful planet "where all children, all women of the world will get same facilities".

Promoted
Listen to the latest songs, only on JioSaavn.com
"Corporate leaders are powerful but you (parliamentarians) are more powerful than any forces of society," he said, asking parliament members to take actions to end particularly the children's plight around the world.