The accused 29-year-old Flight Lieutenant will be tried under the Court Martial Act, a court in Tamil Nadu's Coimbatore ruled on Thursday as the case was handed over to the India Air Force (IAF). 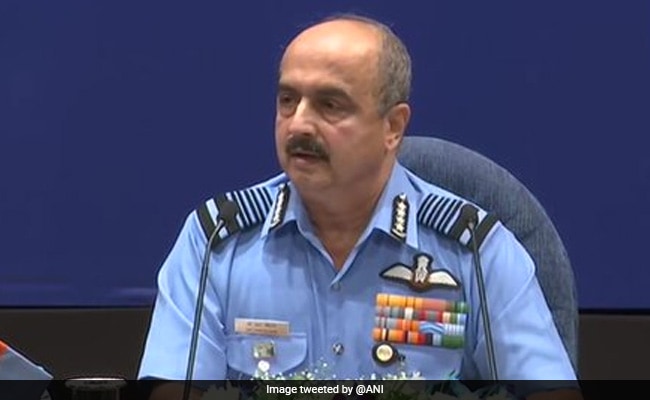 The accused will be tried under the Court Martial Act

No two-finger test was done, Air Chief Marshal VR Chaudhari said today countering a female officer's allegation that she was subjected to the banned test and questioned about her "sexual history" in the rape case against a fellow colleague.

"No two finger test was done...Disciplinary action will be taken based on report of inquiry," the IAF Chief was quoted as saying by news agency PTI.

The accused 29-year-old Flight Lieutenant will be tried under the Court Martial Act, a court in Tamil Nadu's Coimbatore ruled on Thursday as the case was handed over to the India Air Force (IAF).

In a statement, the National Commission for Women on Thursday said it has raised the issue with the IAF, stressing that it is '' .. utterly disappointed and strongly condemns the action of Indian Air Force doctors conducting the banned two-finger test on the victim, thereby violating the Supreme Court's decision and also violating the right to privacy and dignity of the victim.''

The woman, who had travelled to the Air Force College for training, said the assault took place two weeks ago inside her room at the Air Force Administrative College in Coimbatore's Redfields.

On the day of the assault, the woman said she had injured herself while playing. She then took some medication before going to sleep in her room. She woke up later that to find she had been sexually assaulted.

She said she was forced to go to the police because she was not satisfied with action taken by the IAF.

Twice, she said, she was made to submit a withdrawal - of the complaint letter - in writing and another time, she was asked to sign a letter with changes made, which she refused to sign.

The initial investigation was carried out by an all-women team from the city's Gandhipuram Police Station. A case of sexual assault under section 376 was registered.