No Territory Conceded Under Disengagement Pact With China: Centre

MEA spokesperson Anurag Srivastava said there has not been any change in India's position on the LAC and the mutual redeployment as a result of the disengagement process should not be misrepresented. 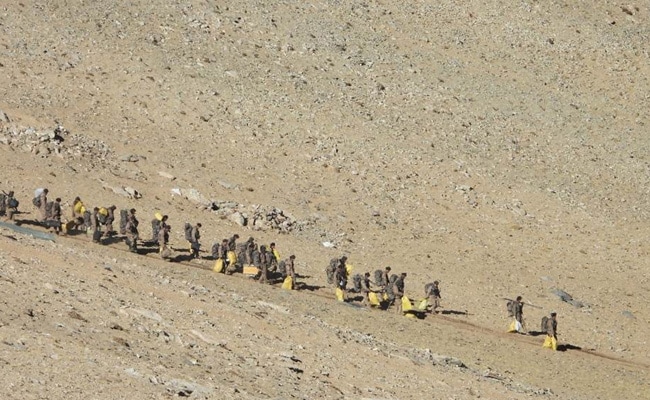 India on Thursday said it has not conceded any territory as part of the disengagement agreement with China and asserted that it has rather enforced observance of the Line of Actual Control (LAC) to prevent any unilateral change in the status quo.

At an online media briefing in New Delhi, Ministry of External Affairs (MEA) spokesperson Anurag Srivastava said there has not been any change in India's position on the LAC and the mutual redeployment as a result of the disengagement process should not be misrepresented.

Asked about the recent agreement on the de-escalation process in Ladakh's Pangong Lake area, he said the factual position has been very well conveyed by Defence Minister Rajnath Singh and in a Defence Ministry statement, which he said was aimed at setting the record straight in view of certain misleading and misinformed comments that appeared in the media.

"... India has not conceded any territory as a result of this agreement. On the contrary, it has enforced observance and respect for LAC and it has prevented any unilateral change in the status quo," Mr Srivastava said.

Last week, armies of the two countries which have been locked in a standoff in eastern Ladakh concluded withdrawal of troops and weapons from north and south banks of Pangong Tso in the high-altitude region.

However, issues still remain. During the talks, India is learnt to have insisted on a faster disengagement process in areas like Hot Springs, Gogra and Depsang to bring down tension in the region.

To a question on a court ruling in the UK on fugitive businessman Nirav Modi's extradition, Mr Srivastava said the government will liaise with the British authorities for his early extradition.