"The British-era danda-based policing is over; it's time to have knowledge and technology based logical policing," Home Minister Amit Shah said 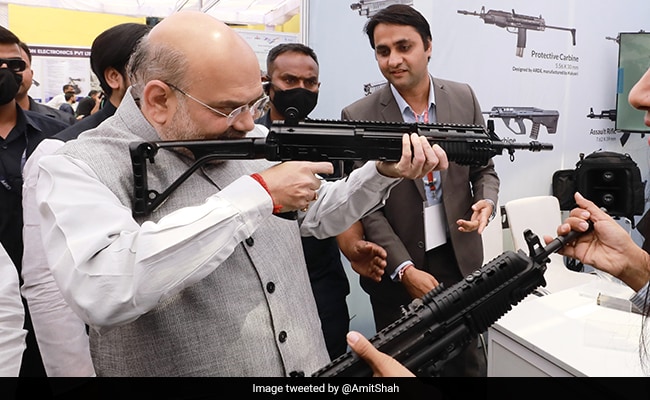 The colonial-era "danda-based policing is over", Home Minister Amit Shah said at a police event in Madhya Pradesh's Bhopal today.

"The British-era danda-based policing is over; it's time to have knowledge and technology based logical policing," Mr Shah said.

"State police forces should shelve the hesitancy in using UAPA (Unlawful Activities Prevention Act). The UAPA should be used in all suitable cases. The National Investigation Agency will complete development of database on terror, bomb blast and plane hijack cases in two-three months. After that all state anti-terrorist squads should study the database in detail," the Home Minister said.

"Data is the new science and solution to all problems...this should become the thumb rule for all police forces," Mr Shah said.

"Police forces of all states located in border areas and insurgency and armed group hit states should have a common information sharing protocol. Postings of officers up to SP level and ATS and Crime Branch level should be done by each of these states based on uniform policy," Mr Shah said.

"States will have different elected governments, but if their internal security challenges are common, they should work in a coordinated manner based on uniform policies to combat those challenges, like terror, narcotics, cybercrime, Leftwing extremism and armed insurgent groups," the Home Minister said.

"Each state should have a uniform set of wireless technology, CCTV network and access to data and real-time data sharing. Every state should have effective institution of DG (Prosecution) and revive khabri (confidential informants) system, dog squad and horse squads, besides parade and patrolling," the Home Minister said.