A video recorded at the airport shows BJP leader Tamilisai Soundararajan asking angrily of Lois Sofia: "How can she shout like that? This is not a public forum" 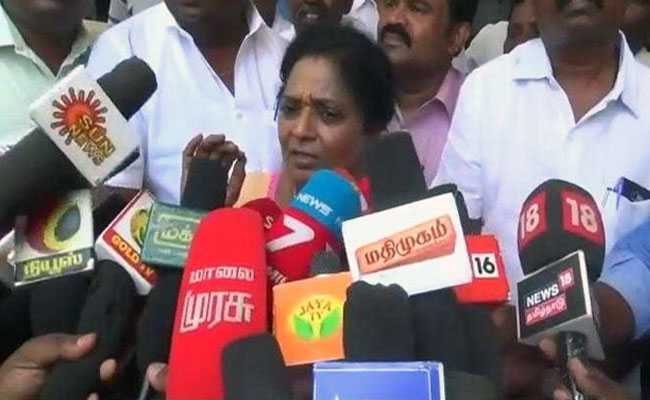 On spotting a BJP leader on her flight on Monday, research student Lois Sofia tweeted: "I am on a flight with Tamilisai Soundararajan and really want to shout out 'Down with Modi - BJP - RSS fascist government'. Will I be kicked off the flight?"

Hours later, Ms Sofia, a 28-year-old math research scholar studying in Canada, faced worse after shouting the slogan when the BJP leader came near her to collect her baggage.

Ms Sofia was arrested at the airport as she arrived at her hometown Tuticorin, with Ms Soundararajan, the BJP's Tamil Nadu chief, telling reporters: "She was not an ordinary passenger; I suspect some extremist organisation behind her."

She was released on bail today. Criticised on social media and by rival parties, Ms Soundararajan, the Tamil Nadu BJP chief, said: "Why should I apologise?'

A video recorded at the airport shows the BJP leader asking angrily of Ms Sofia: "How can she shout like that? This is not a public forum."

The police and spectators are seen trying to calm her down, but Ms Soundararajan screams: "Someone will come and call my party a fascist regime on my face and you just want me to shut my mouth and walk away?"

But the BJP leader went on: "Let me tell you, in front of a state leader, she..."

A bystander cuts in: "She is an immature girl madam, leave it." A cop added: "She does not have enough sense, as much as you do." 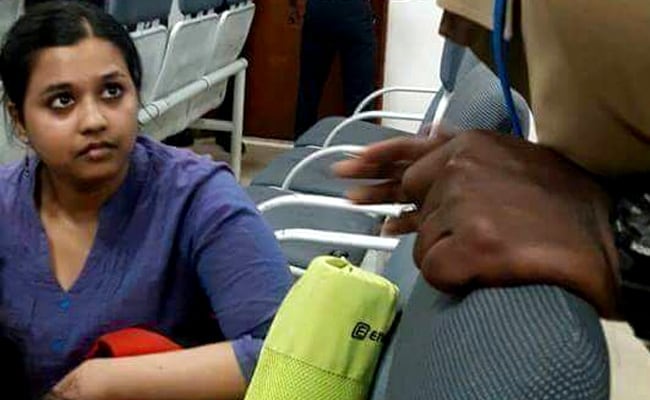 Ms Soundararajan went ahead and filed a complaint, which led to Ms Sofia's arrest. "Will they be able to handle it if I start exercising my right to speech," she said.

Justifying her complaint, the BJP leader accused the student of "pre-planned" ruckus. "She screamed at me. I asked if this was the way to behave in an airline, she said she has the right to speech. She kept repeating this. I did not lose my composure," she told reporters.

"No innocent girl will use the word fascist," she added. She also claimed she never raised objections on the plane as "others would have behaved badly".

Sofia had earlier participated in campaigns such as the recent protests against the Sterlite Copper Plant in Tuticorin. Her arrest has sparked outrage on social media and has been denounced by rival parties.

DMK chief MK Stalin said he too would repeat her slogan and asked: "If you'd put behind bars all those who raise such slogans, how many lakh people would you jail?"